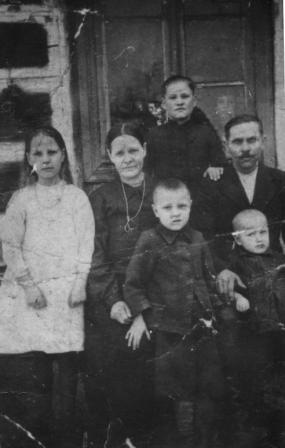 Poland didn't do enough to save Jews? Are you sure?

Polish history, especially during World War II, is often manipulated and distorted, especially regarding Polish Jewish history. It is exceptionally one-sided, and we often hear only the Jewish side, but is that fair? I don’t think so; historians must think of themselves like judges; they must hear both sides and come to the correct conclusion. I believe most reasonable people consider themselves like this, but often they don’t. Yet it’s easy to grab onto one side of the story or take the side of one group, especially when that’s all you read and see.

The distortion is active when we hear that Poles did not do enough to save Jews; this article and soon-to-be speech will debunk this narrative.

Polish history, especially during World War II, is one of the most unknown and manipulated areas that westerners know. It is exceptionally one-sided, and we often hear only the Jewish side, but is that fair? I don’t think so; historians must think of themselves like judges; they must hear both sides and come to the correct conclusion. I believe most reasonable people consider themselves like this, but often they don’t. Yet it’s easy to grab onto one side of the story or take the side of one group, especially when that’s all you read and see.

We are more intelligent than this, and objective research and critical thinking should be part of assessing and concluding thoughts about the past.

Polish Jewish history is complex, and it’s essential to learn this before we make vague judgments.

One area often distorted or outright lied about is Poles did not do enough to save Jews.

In this speech, I will debunk this and provide context and insight into the relationships and behaviors, so you can have a complete story.

I am doing this factually, and it may not sit well for some, but perhaps it’s time to know more about this issue, the relationships, and the history.

The Polish were the first to warn the world of this genocide over and over, to no avail. They did this not once but many times, even begging for assistance. The Poles also did this while being persecuted, murdered every day, and shipped out for slave labor, making these calls for help even more remarkable.

Even though they were in such dire circumstances, they did not hesitate to tell the world about the Jewish community. Many would not consider something like this even mentioning, especially under the circumstances; their first need would be to help themselves.

It also may be pointed out that the Poles were the first to be targeted in occupied Poland by the Germans, not the Jews. The Germans wanted to break any resistance and had plans to eliminate all the Poles in what was called General Plan Ost. They didn’t have the manpower or the time, but believe me, they would have accomplished this if they had the chance.

It wasn’t even until 1942 when the targeting for the murder of Jews began in Poland, in what we know as the Final Solution.

When this event happened, the Polish Government in exile wrote a report sent to all nations regarding the destruction of the Jews. The problem was no one cared or believed it; even Roosevelt and Jewish supreme court justice Frankfurter told Polish courier Jan Karski that they would not believe him. Karski put his own life at risk to find out more detailed information than escaping occupied Poland to reach those in power, but like the Polish Government, all of this was to no avail. Even Jewish organizations would not believe the cries for help. It was the Polish Government in exile that fave funding to Jews, not them.

Another Polish hero who tried to report on the genocide was Polish captain Witold Pilecki. He even got himself rounded up on purpose to get into Auschwitz, created a resistance, and escaped and put out his report. Pilecki’s report on Auschwitz was just another vain attempt to warn the west. The Stalinists in Poland later murdered him, and many involved in his death would later emigrate, never held accountable.

In fact, some of our modern Polish histories were created by individuals like these criminals and others that immigrated. This is just one source of manipulation in Polish history. Remember, Poland couldn’t write their own factual history while stuck behind the iron curtain, so in the meantime, others did, and they did this with manipulation and agendas that are still strong today.

Let’s also get to the point here about the Poles. The reality is that Poles did not have to risk their lives to save Jews. They had no obligation; they didn’t owe them anything and were trying to survive. Many Jews had lived in their own communities and didn’t even know Polish, making it harder to help them. So even under the circumstances, they faced for even giving a Jew water.

Being caught would be an instant death sentence for the Pole, their entire family, and sometimes even the village. This harsh punishment was done for a reason. It was actually because the Poles were so helpful from day one.   Why didn’t the Germans enforce such draconian sentences in other countries?   There is a reason. Use common sense.

It is estimated that up to a million Poles helped Jews somehow because of their Christian background. Jewish law provides Jews no obligation to help non-Jews, and these are often the same people condemning Poles for not helping. Ironic or hypocritical, you decide.

This behavior was proven during the soviet invasion when many Jews collaborated with the Poles' enemies assisting in executions and deportations to Siberia. An estimated 1.7 million were deported; this is another part of history we don’t hear about. I wonder why?

This is morally significant. You cannot expect people to do something you would not do. Perhaps people have become so self-consumed these days that pointing the finger is now standard. Think before you do.

Everyone must think hard before blaming people in circumstances one cannot even comprehend these days. Everyone is a hero until they are in the situation they claim they’d be so brave in, right?

From the moment the genocide began, the Poles informed the world over and over and helped Jews almost like no other occupied country. Poland was the only nation with an organization specifically set up to save the Jews, Zegota.  Thousands of Jews were saved, and many members were tortured and executed. It is estimated that well over 50 thousand Poles were murdered trying to help Jews.

Instead of blaming Poles, we should be glorifying them for their courage, yet to this day, I see such a prevalence of ingratitude it boggles my mind.

I will state if you blame Poland for not doing enough, you are misinformed, ill-education, and, in some cases, delusional.

It doesn’t take long to debunk this misguided blame because so many legitimate facts go against this narrative.

There are also different agendas behind this blame. That could be another speech.

I will point out that according to some Jewish interpretations, we should know that every Pole who, for fear of their families’ lives, did not keep Jews in their home is jointly responsible for the Holocaust.

However, Jews who operated crematoria and chambers or were executioners of Jews in the ghettos, even for monetary purposes, had no choice.

There is a moral double standard.

This is what we call the pedagogue of shame.

Seriously, do some critical thinking, do your research, and be an individual by not jumping on bandwagons like this.

If you still believe Poland bears the burden of not doing enough for the Jews, I feel sorry for you.