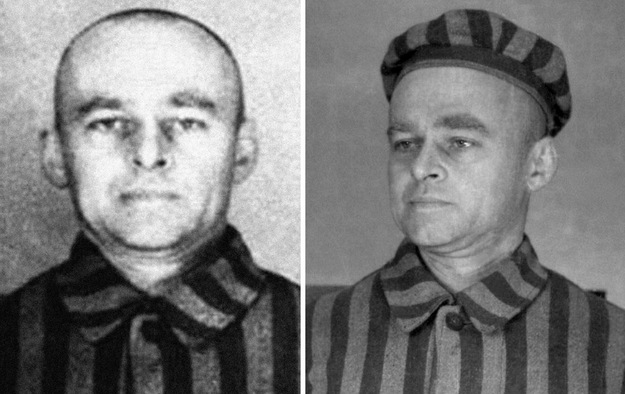 In 1940 Pilecki volunteered to allow himself to be captured by the occupying Germans in one of their street round-ups, in order to infiltrate the Auschwitz concentration camp. (In another version, he was caught by the Germans while in a private apartment.) At Auschwitz he organized a resistance movement that eventually included hundreds of inmates, and he secretly drew up reports detailing German atrocities at the camp, which were smuggled out to Home Army headquarters and shared with the Western Allies.

Later, having escaped from Auschwitz, Pilecki fought in the Warsaw Uprising of August–October 1944. Following its suppression, he was interned in a German prisoner-of-war camp. After the communist takeover of Poland he remained loyal to the London-based Polish Government-in-Exile. In 1945 he returned to Poland to report to the Exile Government on the situation in Poland. Before returning, Pilecki wrote Witold's Report on the Auschwitz concentration camp, anticipating that he might be killed by Poland's new communist authorities.

In 1947 he was arrested by the secret police on charges of working for "foreign imperialism" and, after being subjected to torture and a show trial, was executed in 1948. An account of Pilecki's mission to Auschwitz was given by Polish historian Józef Garliński, himself a former Auschwitz inmate who emigrated to Britain after the war, in Fighting Auschwitz: The Resistance Movement in the Concentration Camp (1975).

Poland's Chief Rabbi, Michael Schudrich, writes in the foreword to a 2014 English translation of Pilecki's report: "When God created the human being, God had in mind that we should all be like Captain Witold Pilecki, of blessed memory." Historian Norman Davies writes in the introduction to the same translation: "If there was an Allied hero who deserved to be remembered and celebrated, this was a person with few peers."