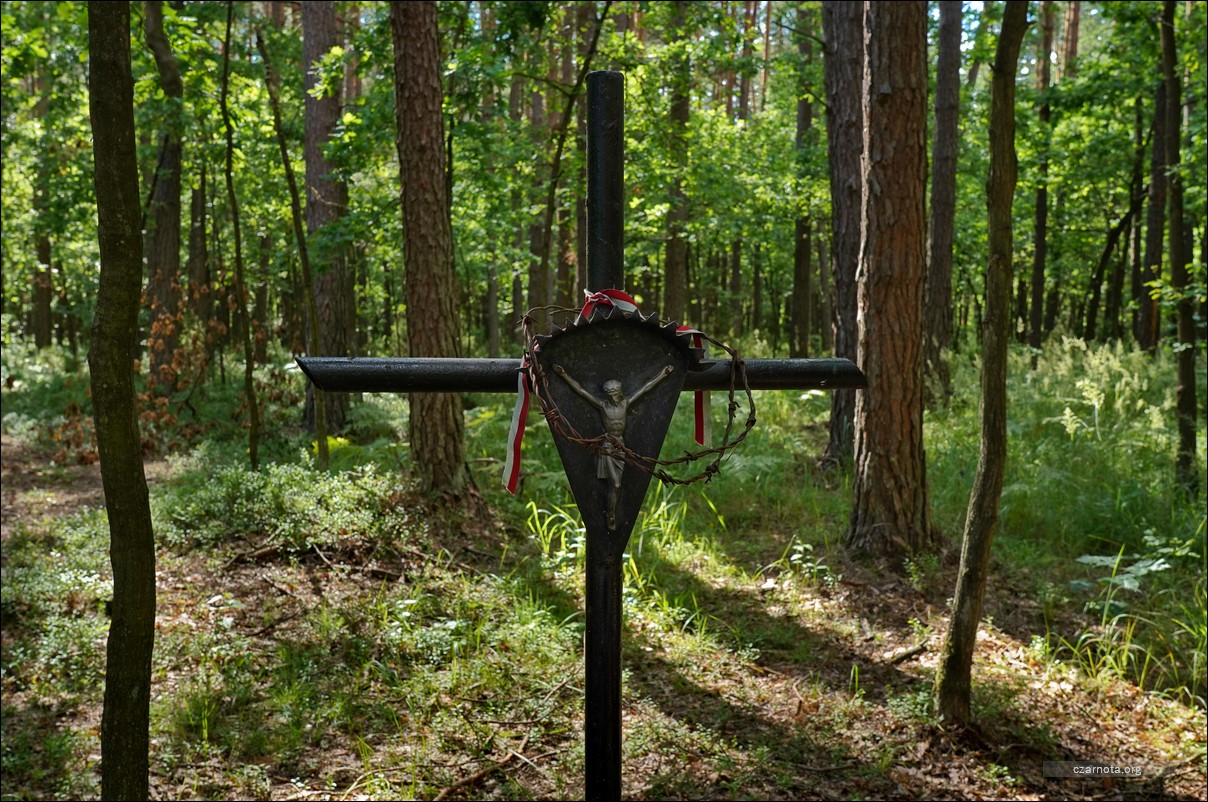 In July 1945, the Soviet secret police (NKVD), assisted by officers of the Security Office (UB), arrested several thousand of Suwałki’s (North-eastern Poland) inhabitants who were accused of collaborating with underground Polish independence organizations. At least 592 people disappeared without a trace, but according to the Association of the Memory of Victims of the 1945 Augustów Roundup, the number of murdered may be as high as 2,000.

The Augustów roundup was one of the most bloody mass murders committed by the Soviets on Polish citizens, after the end of the II World War. Despite that fact, however, neither school books nor encyclopedias, even mention this tragic episode in the post-World War II history of Poland.

The whereabouts of those who perished during this roundup are unknown, as is unknown their place of burial.In July, 1945 the Red Army units supported by the communist UB (Urząd Bezpieczeństwa – Polish secret police), and MO (pol. Milicja Obywatelska – The People’s Milicia) conducted a grand-scale pacification in the Puszcza Augustówska [eng. Augustów Primeval Forest], and in the surrounding area.

The Soviet forces combed through the forests and villages, arresting all those suspected of collaboration with the Polish Underground. During the course of the roundup, nearly 2,000 individuals were detained. Some of those returned home after being interrogated and tortured, while 600 were sent to an unknown location, never to be heard from again. This is their story.

At the outset of the II World War, the Suwałki and Augustów counties fell under the control of two occupiers: the Soviets, who established hegemony over the entire county of Suwałki, along with a portion of the Augustów County, and the Nazis, who reigned over a greater portion of the Augustów County. Right from the outset of this dual occupation, the Polish population residing in this area began to form underground organizations to resist the occupiers.

The underground soldiers didn’t let the occupiers rest. After the Soviet-German war began, the infrastructure of the patriotic underground became unified under the standard of the Home Army and was known in this area, as the Polish Insurrection Union (pol. Polski Związek Powstańczy). At the beginning of Spring, 1944, the Home Army had nearly 5 thousand sworn members.

During the operation “Tempest” (pol. “Burza”), in Spring, 1944, the Home Army units had to, in large part, reveal their identities, a fact which after the Germans are ejected from the North-Eastern part of Poland, and are replaced by the Soviets, will have tragic consequences. The Home Army soldiers were arrested, and either sent to the East or forcibly conscripted into the communist Polish People’s Army (pol. Ludowe Wojsko Polskie).

These repressions considerably undermined the strength of the underground infrastructure. Only in Spring, 1945, the soldiers who hid in the forests, began to reorganize themselves into new units and to engage the new communist regime. As a result of these activities, in the Suwałki county, the democratic underground units destroyed seventeen, out of eighteen MO (Pol. abbr. People’s Militia) stations, and from among fourteen rural municipalities (pol. Gmina) created by the communists, only two functioned. Furthermore, twenty-three death sentences against the communist collaborators, and dedicated “helpers” of the new “people’s government” were carried out. Equally active were units conducting activities in the Augustów county.

The success of the Home Army aggravated the Polish communists, and their Soviet masters, particularly, since the Soviet Red Army, and the NKVD(Russ. The People’s Commissariat for Internal Affairs (Народный комиссариат внутренних дел Narodnyy commissariat vnutrennikh del, НКВД), who took an active part against the underground units, and the population at large, became more frequent targets of the democratic underground. After the capture of Berlin and the end of World War II, a much larger number of personnel from the UB, NKVD, and the Red Army was dispatched to conduct activities against the democratic underground. These activities were conducted mainly by the Soviets, and at the “request” of the provincial, and county “governments”.” The Roundup of Death”

The largest “cleanup” operation against the democratic armed underground, was conducted in July 1945, and thus, became known as either the “July Roundup”, or as the “Augustów” Roundup, as it took place in and around Augustów area. The operation was conducted mainly by the Soviet forces, including the NKWD, Smersh (Soviet acronym: “SMERt’ SHpionam” – Eng. Death To the Spies), and the soldiers of the 3rd Belarusian Front. The functionaries of the UB, MO, and local informers (many who were Jews - Polish citizens) played the role of the betrayer Judas, pointing out individuals who should be arrested, serving as guides, and as interpreters, during horrific interrogations that ensued. The communist forces which took part in the roundup amounted to nearly fifteen thousand men.

The methods, and circumstances, under which arrests took place varied. The Home Army soldiers, and individuals sympathetic to them who lived in the cities, were arrested either during evenings or at night. The inhabitants of the villages, on the other hand, were dragged out of their homes, snatched from country roads, or fields. Those detained were jailed in various places and often subjected to horrific tortures. From among 1,900 to 2,000 arrested, around 600 people were selected from the list, which was prepared earlier by the communist collaborators. Among those selected, were women, and even boys.

According to the information obtained from the witnesses, these individuals were placed on trucks and transported towards the Soviet border. From that moment on, their whereabouts are unknown. Today, one thing is certain – they were murdered on orders issued by the Soviets, and their remains are located somewhere on the territory of the former USSR. The search for the missing was undertaken by their families immediately after the roundup, but the trail ended at the selection camps, where they were held for a short time.

The villagers from the rural municipality called Giby, were first to ask about the fate of the missing, as during 1945, 109 individuals were taken away, and among those, 90 were detained during the roundup. In November 1945, the Giby municipality sent a delegation to Warsaw in order to locate their missing neighbors, friends, and family members. Not surprisingly, they were not given any information. During the Stalinist times, any and all information about the roundup was taboo, and bringing this subject up, could end tragically for those who dared to ask.

During the following years, the subject of the “July Roundup”, was mentioned only during the so-called period of Khrushchev’s Thaw, that trickled into Poland. Only in 1987, the matter of those missing received serious attention, when Stefan Myszczynski, who lost three brothers and his step-father during the roundup, discovered graves near the road connecting Rigol and Giby. Initially, it was suspected that they contained remains of those missing from July 1945.

After their examination, however, it was revealed that they contained remains of German soldiers who died during the war. Impulsively, the public opinion, began to be more interested in the fate of the victims of the July Roundup, and on August 2, 1987, Obywatelski Komitet Poszukiwan Mieszkancow Suwalszczyzny Zaginionych w Lipcu 1945 [eng. The Citizen’s Committee To Locate Missing Inhabitants of the Suwałki Area Who Perished in July 1945”], was formed.

Even though the local government forbids the Committee to conduct its activity, they refused. Its founding members, Piotr Bajer, Mirosław Basiewicz, Stanisław Kowalczyk (from Suwałki), along with Alicja Maciejewska, Maria Chwalibog, and Jan Krzywosz (from Warsaw), with dedication, gathered information about those perished. In 1992, all information they were able to obtain was delivered to the Public Attorney’s Office in Suwałki. However, the Public Attorney’s Office dismissed the case because of lack of evidence, and its inability to probe through the classified post-soviet-era archives.

In 2001, case files reached the Institute of National Remembrance (pol. abbr. IPN). The investigation into the Augustów murders is presently conducted by the Institute of National Remembrance — Commission for the Prosecution of Crimes against the Polish Nation. Despite the fact that some progress was made, however, neither the fate of those presumed dead, nor the identities of the perpetrators, nor the location of graves, have been discovered. The resources available to the IPN prosecutor to solve this case within Poland itself, have been exhausted.

The Names of the Augustów 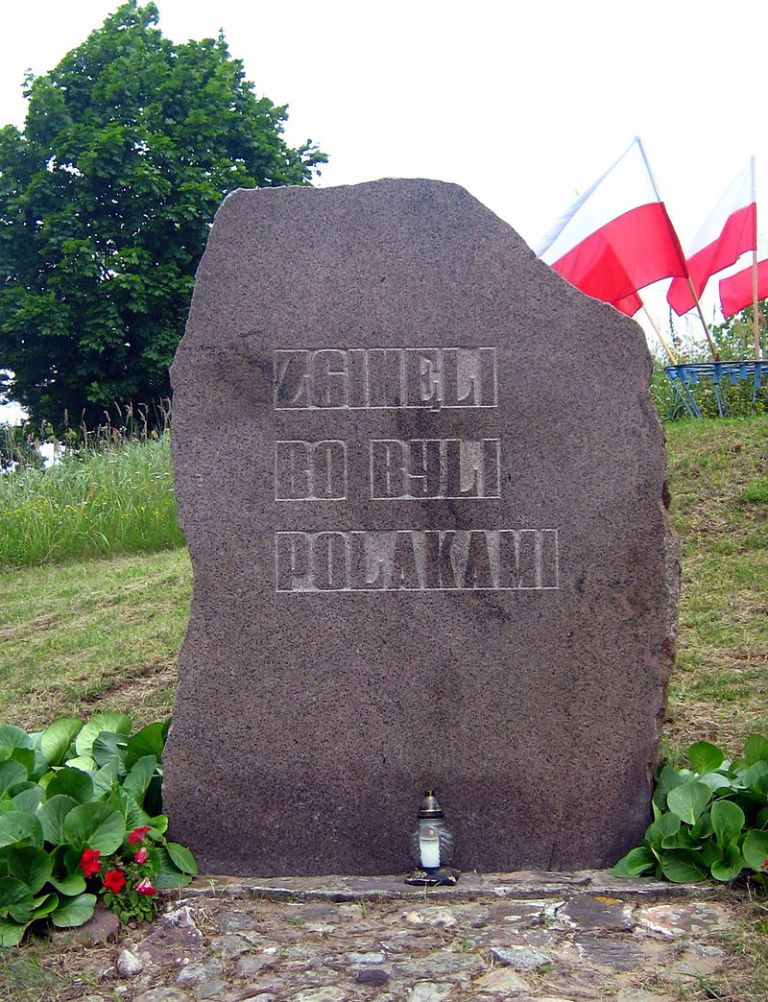 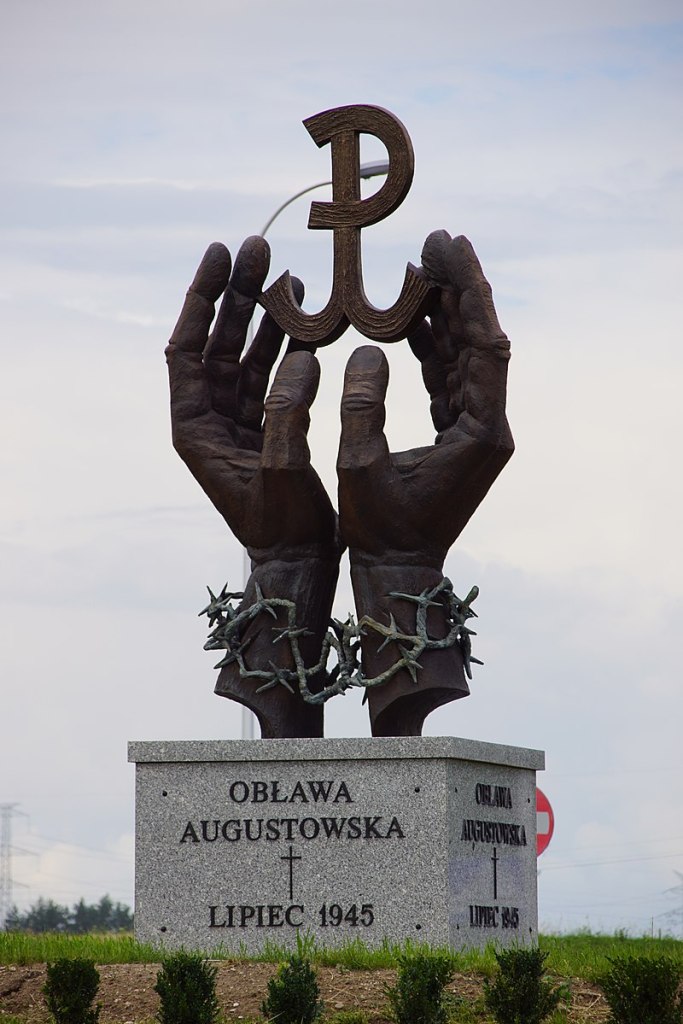