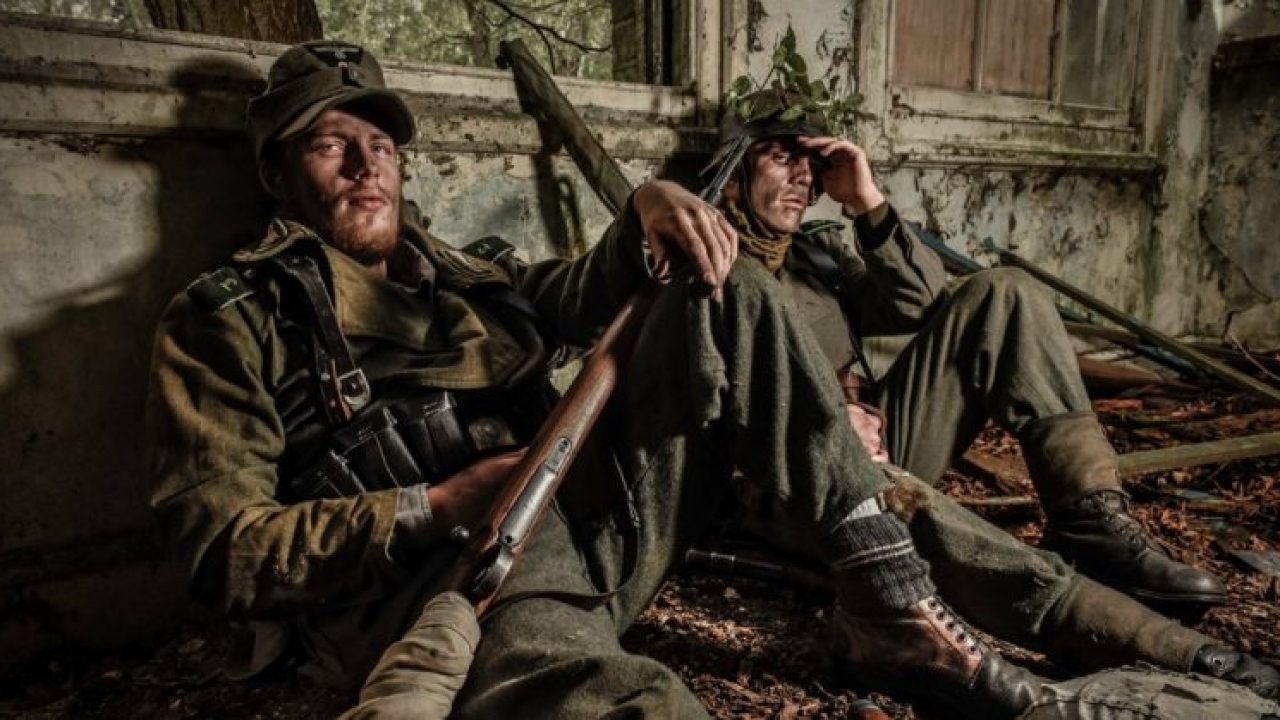 Many Western newspapers often ridicule the Poles about how ineptly they defended their country during the German invasion of Poland in September of 1939. They write about Poles on horseback attacking German tanks using ancient sabers and bottles with gasoline. These condescending tales are really just a continuation of German propaganda aiming at humiliating the Poles.

Most westerners have heard about the Battle of Thermopylae. They have watched the movie “300” with Gerard Butler as King Leonidas. They certainly know that Thermopylae has become a symbol of heroism and honor in defending one’s own country at all cost and against an overwhelmingly stronger enemy.

Many Western newspapers often ridicule the Poles about how ineptly they defended their country during the German invasion of Poland in September of 1939. They write about Poles on horseback attacking German tanks using ancient sabers and bottles with gasoline. These condescending tales are really just a continuation of German propaganda aiming at humiliating the Poles.

Most westerners have heard about the Battle of Thermopylae. They have watched the movie “300” with Gerard Butler as King Leonidas. They certainly know that Thermopylae has become a symbol of heroism and honor in defending one’s own country at all cost and against an overwhelmingly stronger enemy.

But how many of them have heard about “Polish Thermopylae”? The Battle of Wizna? Probably not many… if at all. And this battle should be known because there were not many such phenomenal defenses in the history of military events. This is just one of many events proving how insanely brave and strong Poles were during the war. They said: “Our order was - do not let the enemy in.”

So just a quick refresher. The Battle of Thermopylae was fought between an alliance of Greek city-states, led by King Leonidas of Sparta, and the Persian Empire of Xerxes I over the course of three days in the year 480 B.C. 300 Spartans defended the narrow pass against over 100,000 Persians.

Similarly, the Battle of Wizna was fought over the course of three days, between September 7 and September 10, 1939, between the forces of Poland and Germany during the initial stages of the invasion of Poland. According to Polish archival sources, about 400 Poles defended a fortified line against more than 40,000 heavily armed Germans. That’s 40:1.

The Germans arrived under the command of General Heinz Guderian, commander of the XIX Panzer Corps. His forces numbered some 1 200 officers and 41 000 soldiers and non-commissioned officers, equipped with over 350 tanks, 108 howitzers, 58 pieces of artillery, 195 anti-tank guns, 108 mortars, 188 grenade launchers, 288 heavy machine guns and 689 machine guns.

General Heinz Guderian supported the invasion of Poland because in his own words he "despised the Catholic, Slavic Poles”. The invasion of Poland was ferocious. The German military killed thousands of civilians. Military officials mistreated and killed prisoners of war, ignoring both the Geneva Convention and their own army regulations. He knew of murder operations and of Jews being forced into ghettos from his son, Heinz Günther Guderian, who had witnessed some of them. There is no record of his having made any protest.

Although the Polish units were almost entirely composed of conscripts mobilized in August 1939 rather than professional soldiers, their morale was very high. After the war, Guderian had trouble explaining why his corps was stopped by such a small force. In his memoirs he attributes the delay to his officers "having trouble building bridges across the rivers".

This is funny because the summer of 1939 in Poland was exceptionally hot and the level of water in rivers was disastrously low. During the Nuremberg Trials, he remarked that “Wizna was "well-defended by a local officer school", which sounded really more like an excuse than a serious military assessment.

The Battle of Thermopylae took place in August or September 480 BC, almost 2,500 years ago.

One of the symbols of the battle is Captain Władysław Raginis, the commanding officer of the Polish force, who swore to hold his position as long as he was alive. When the last two bunkers under his command ran out of ammunition, he ordered his men to surrender their arms and committed suicide by throwing himself on a live grenade.

Exact Polish losses are unknown, mostly because very little is known of the soldiers that were taken as prisoners of war by the Germans. It is estimated that only approximately 70 Poles survived. Some successfully withdrew and reached the Polish lines, others were taken prisoner. Some of the prisoners were subsequently killed by the Germans, others were beaten and abused but survived and were eventually taken to POW camps.

German losses are not known either. An official release by the Wehrmacht mentioned "several dozen dead", but at least several hundred bodies of fallen German soldiers were exhumed from a local war cemetery.

One more interesting fact is the geographic location of Wizna. It is only 7 miles away from Jedwabne, one of the towns in the region, where in 1941 Germans and their Einsatzgruppen mass murdered local Jews. Many say those murders were committed by Poles who in large numbers collaborated with the Germans. Can you imagine the absurdity of such a claim? 7 miles away from where 400 Poles defended Poland almost with their bare hands and preferred to commit suicide than surrender – a few survivors were beaten and thrown to concentration camps. Does this sound like these Poles were eager to collaborate with their mortal enemy of 1,000 years?

Today, there is a memorial at Wizna battlefield, honoring the fallen Poles and their commander.

So King Leonidas lost his battle and died, so did the Poles and Captain Raginis.  However, the fame of Thermopylae is derived not from its effect on the outcome of the war but for the inspirational example it set. Thermopylae is famous because of the heroism of the doomed rearguard, who, despite facing certain death, remained at the pass.  And so Wizna will forever symbolize the spirit of the Poles, their devotion to freedom, and heroism in the face of impossible odds.

Better dead than living under German rule. After witnessing German brutality these Polish soldiers would rather die than live under their rule.