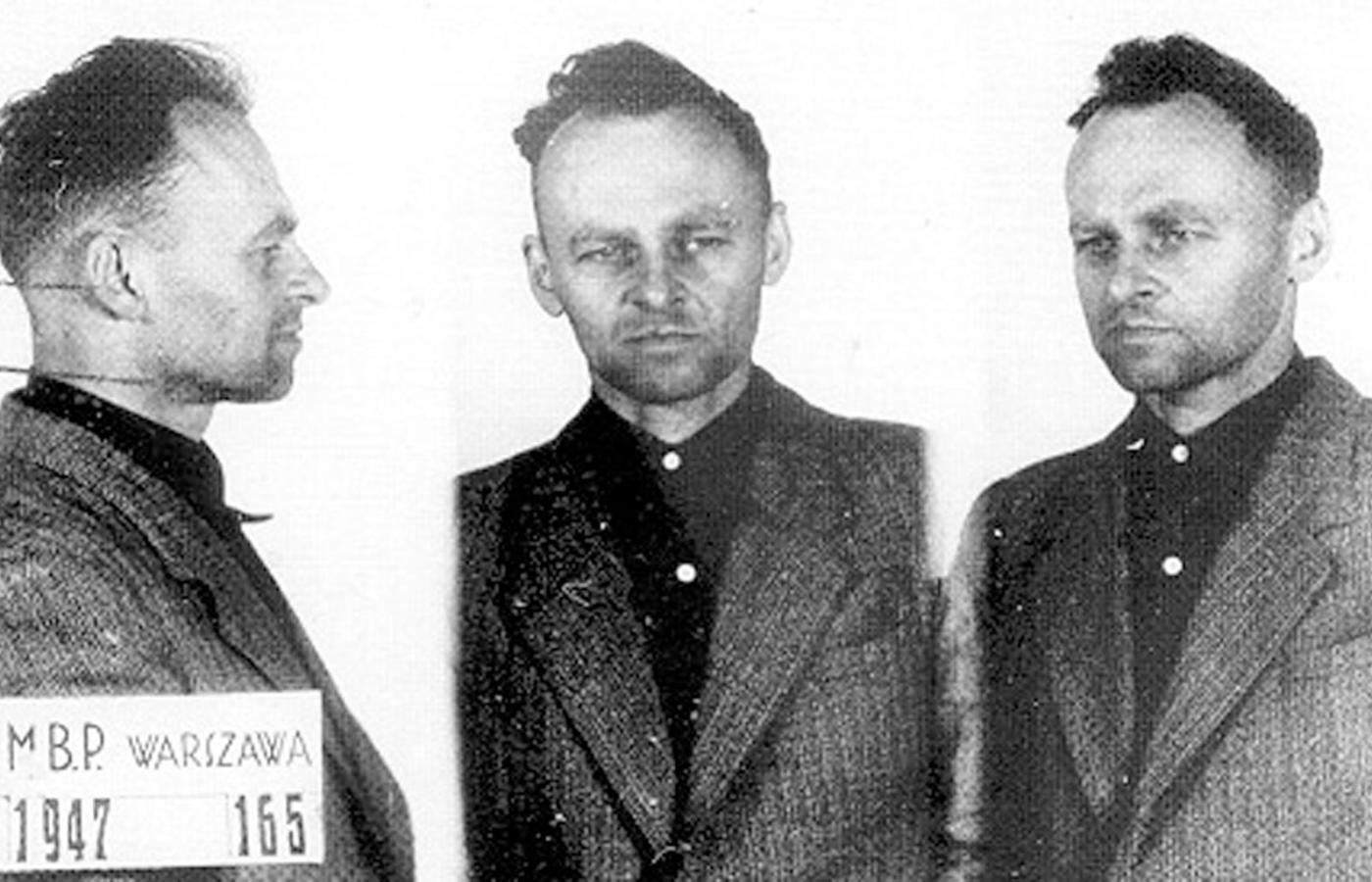 The true terrible unknown story of the arrest, torture, and execution of Polish Captain Witold Pilecki, the man who tried to warn the world about the Holocaust

Imagine being betrayed by the same people you put your life at risk to save.  Dying by them.  This happened.  It was a true story.  It happened to a hero. A man of unimaginable integrity and nobility.

That man was Witold Piliecki.

Imagine being betrayed by the same people you put your life at risk to save.  Dying by them.  This happened.  It was a true story.  It happened to a hero. A man of unimaginable integrity and nobility.

That man was Witold Piliecki.

He was a Polish cavalry officer, intelligence agent, and resistance leader. He served as (captain) with the Polish Army in the Polish-Soviet War, Second Polish Republic, and World War II. He was also a co-founder of the Secret Polish Army a resistance group in German-occupied Poland, and later a member of the underground Home Army He was the author of Witold's Report, the first comprehensive Allied intelligence report on Auschwitz concentration camp and the Holocaust.

He Pilecki is considered as "one of the greatest wartime heroes" because of his efforts Poland's Chief Rabbi Michael Schudrich writes in The Auschwitz Volunteer: Beyond Bravery".  When God created the human being, God had in mind that we should all be like Captain Witold Pilecki, of blessed memory."

British historian Norman Davies writes: "If there was an Allied hero who deserved to be remembered and celebrated, this was a person with few peers." But sadly few westerners even know of this man.  That’s shocking. It is because of bias and deception and what I believe, because of his shameful and almost unbearable death.

What did he do?  Many amazing things, he fought bravely in the Polish-Soviet war a war that many don’t know about, stopping the evil of communism from flooding into Europe.  In that brutal war, he twice earned the cross of valor, but here I just want to concentrate on one of his many daring exploits and why the world should know his name and possibly why it doesn’t.  This hero purposefully got himself rounded up to go into Auschwitz to find out what was going on, write a report and then alert the world.

"Together with a hundred other people, I at least reached the bathroom," Pilecki's Auschwitz report reads. "Here we gave everything away into bags, to which respective numbers were tied. Here our hair of head and body were cut off, and we were slightly sprinkled by cold water. I got a blow in my jaw with a heavy rod. I spat out my two teeth. Bleeding began. From that moment we became mere numbers -- I wore the number 4859."

Here's Pilecki's description of what a German officer told him: " 'Whoever will live longer -- it means he steals. You will be placed in a special commando, where you will live short.' This was aimed to cause as quick a mental breakdown as possible."

For the next two and a half years, Pilecki slowly worked to feed his reports up the Polish chain of command to London.

He was screaming loud and clear but the world would not do anything!

This is the man who was telling the world about the murders of a million Jews and other victims, but no one would listen to him.

A hero that actually went into Auschwitz to do this.

Eventually, after nearly three years, Pilecki reported, "further stay here might be too dangerous and difficult for me."

He planned an escape through a poorly secured back door in a bakery, where he'd managed to get a job. With a few other inmates, he ran into the night.

"Shots were fired behind us," he wrote. "How fast we were running, it is hard to describe. We were tearing the air into rags by quick movements of our hands."

He even escaped.  No one escapes from Auschwitz.  Well very few.  It’s practically unheard of and this guy does it.

After his escape, Pilecki continued to fight in the underground. But after the war when Poland was betrayed by the allies, the Germans were replaced by a new occupying regime -- the Soviets.  Pilecki was again asked to gather intelligence, this time on the ways in which the communists were establishing themselves in Poland.

This patriot continued his work for his beloved Poland wanting to keep it free, but here is where it goes all wrong.

He gets arrested by these monsters in Poland and tortured and put on show trials.  He doesn’t give anything up after getting this, the kind of torture that he said Auschwitz was child’s play in comparison.

Who was behind all of this evil?  This is my theory.  This is where I am getting politically incorrect and why you often don’t hear about this man especially in holocaust museums and dedications, because most of the people involved in his trial and execution were, sadly Jews.  The same people that he tried to save.  Or is it simply that history ignores Polish heroes?

The investigation of his activities was supervised by Roman Romkowski born Natan Grünspan-Kikiel who worked under the chief supervisor of Polish State Security Services, Minister Jakub Berman another Jew, Romkowski came to symbolize communist terror in postwar Poland, A well-known writer Kazimierz Moczarski a Pole from the AK, interrogated by Romkowski's subordinates from January 9, 1949, till June 6, 1951, described 49 different types of torture he endured.

Beatings included truncheon blows to the bridge of the nose, salivary glands, chin, shoulder blades, bare feet and toes heels cigarette burns on lips and eyelids, and burning of fingers. Sleep deprivation, resulting in near-madness – meant standing upright in a narrow cell for seven to nine days with frequent blows to the face – a hallucinatory method called by the interrogators "Zakopane".

He was interrogated by Col. Józef  Różański another Jew who was personally involved in torturing and killing dozens of opponents of the Polish People's Republic, including anti-communists. and "Cursed soldiers", basically other incredibly brave Nazi killers. He gained notoriety as one of the most brutal secret police Officers in Warsaw. Judges involved were Zygmybt Wizelberg, Aleksander Warecki AKA Aleksander Warenhaupt, Marcin Danyg, of couse Stefan Michnek, The approved death sentence on Pilecki was made on May 25, 1948 by judge Leo Hochberg,

He was shot in the back of the head by Staff Sergeant Piotr Smietanski, of the Polish secret police, nicknamed "The Butcher of the Mokotow Prison".  Not much is known about his background, but there are many theories.

In 1968 there was a schism in the communist party in Poland and many of these Jewish criminals emigrated throughout the world and especially to Israel and would never receive justice.  They claim they every attempt for justice or to tell the truth is because of antisemitism.

These murderers walked the streets while tens of thousands of heroic German killers just like Pilecki were tortured and killed in the most brutal ways and they are still not honored to this day.  I say we make a change and not let political correctness stand in the way of giving the due to these heroes what should be given.

The shame. The pain of the families.  The dishonor. Political correctness aside. It’s time to point out the criminals and honor the heroes.