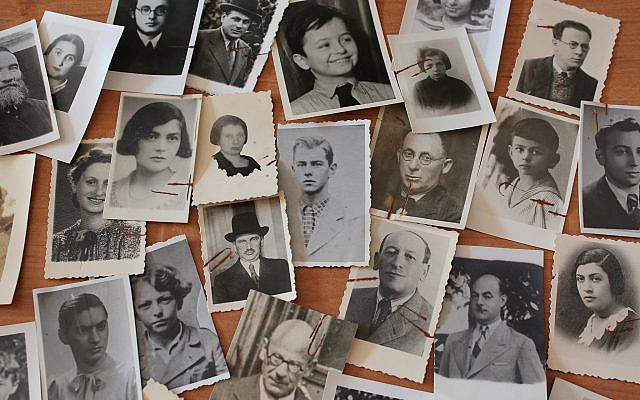 Aleksander Ładoś and his group issued up to 10,000 passports.  This recently uncovered information provides how involved this Pole and others were in saving thousands of Jews.

Aleksander Wacław Ładoś was born in Lwów, Austro-Hungary (now Lviv, Ukraine) on July 27, 1891. He was the younger son of Jan Ładoś, a postal clerk, and Albina née Kalous. Ładoś graduated from IV Classical Gymnasium in Lwów. In 1913 he joined the Polish People's Party "Piast" getting to know its leaders Wincenty Witos and Jan Dąbski.

After the outbreak of World War I he joined the Polish Eastern Legion. Exiled by the Austro-Hungarian authorities, Ładoś escaped to Switzerland and continued his interrupted studies in Lausanne being politically active in the Polish diaspora at the same time.

His diplomatic career began in 1919. In 1920—1921 he was a secretary in the Polish delegation during peace talks with the Soviet Union, then he was the Polish representative in Latvia (1923—1926), and later the Polish Consul General in Munich (1927—1931). In the 1930s he took mainly to political journalism. Following the start of the war, he was a minister without a portfolio in Władysław Sikorski’s government-in-exile from the 3rd October to the 7th of December 1939.

In 1940—1945 he was the Polish representative in Switzerland as the chargé d’affaires ad interim. He looked after Polish refugees as well as the interned soldiers of the 2nd Rifle Division. He was the leader of the group which issued illegal Latin American passports to persecuted Jews. Ładoś gave the group diplomatic protection. After the Swiss authorities discovered the passport campaign in 1943, he intervened with the Swiss Foreign Minister and helped to keep the operation quiet. He stayed in Switzerland after the war and moved to France in 1946. He returned to Poland in 1960 and died in Warsaw three years later.

The Ładoś Group, also called the Bernese Group, comprised Polish diplomats, employees of the Polish embassy in Bern, and representatives of Jewish organizations cooperating with them. The group was led by the Polish embassy’s chargé d’affaires Aleksander Ładoś. In addition to him, three other Polish diplomats at the embassy were also members of the group: Stefan Ryniewicz, Konstanty Rokicki, and Juliusz Kühl, as well as two activists from Jewish organizations in Switzerland: Abraham Silberschein and Chaim Eiss.

During the Second World War, the group illegally issued Latin American (mainly Paraguayan) passports. The operation was initially intended for Jews in the ghettos of occupied Poland, but over time the passports were sent to other countries such as the Netherlands. Issuing these passports to Jews greatly increased their chances of survival — the documents meant their bearers might be sent for internment instead of extermination. It is estimated that the group issued passports for up to 10,000 people.