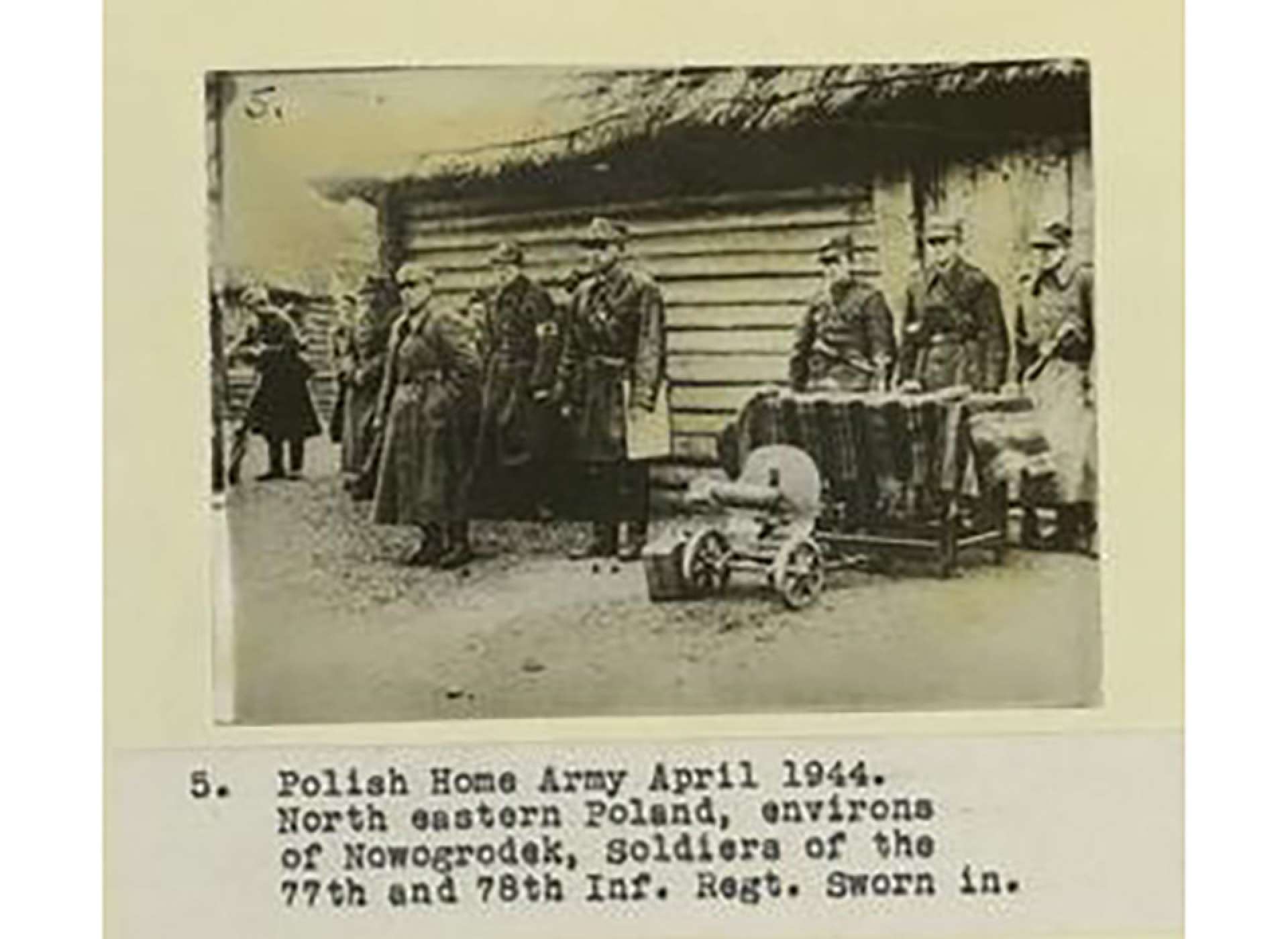 The NKVD betrayal against the Home Army and Poland in 1944 continued.

During the night of 4-5 January 1944, the first Red Army tanks crossed the Polish-Soviet border established in 1921. In reality, this border was recognized neither by Moscow nor by the Western powers, and following the revelation of the Katyn massacres.

The Soviet Union had broken all diplomatic links with the legal Polish government-in-exile in London on the pretext that the Poles had demanded an international inquiry by the Red Cross, a demand that by chance coincided with a similar request by the German authorities. The Polish resistance assumed that as the front approached, the Home Army, would mobilize the population and begin to fight the Germans, and that the Red Army would come to its defense.

The operation was code-named Tempest (Burza). The first skirmishes took place in late March 1944, in Volhynia, where the partisan division of the Home Army fought alongside Soviet units. On 27 May, the Red Army forced several Home Army units to lay down their arms. Consequently, most of the Home Army had to fight their way through German lines back to Poland.

The Soviet Union's way of proceeding here – cooperation on a local level followed by forced disarmament – is confirmed by examples elsewhere. The most spectacular actions took place in the Vilnius region. A few days after the fighting was over, the Internal Troops of the NKVD arrived and, in accordance with Order No. 220145 from headquarters, began systematically disarming Home Army soldiers.

According to the report received by Stalin on 20 July, more than 6,000 partisans were arrested, while 1,000 managed to escape. All the leaders of the partisan units were arrested. Officers were interned in NKVD camps, where they were offered a choice between remaining there or joining the Polish army of Zygmunt Berling, formed under the aegis of the Soviet Union . The Home Army units that had participated in the liberation of Lviv suffered the same fate. All these events took place on what the Soviet authorities considered to be their territory.

On 1 August 1944, the commanders of the Home Army began an uprising in Warsaw , knowing that Soviet military commanders were planning to launch an all-out attack on German positions in Warsaw on 8 August. Stalin halted the offensive on the Vistula River , which had already been crossed to the south of Warsaw , and allowed the Germans to crush the rebellion, which lasted until 2 October.

To the west of the Curzon Line, where the NKVD had mobilized between 30,000 and 40,000 soldiers and liberated many small areas, NKVD, SMERSH (the military counterespionage section), and filtration units proceeded in the same manner, in accordance with the USSR's Supreme Command No. 220169 of 1 August 1944. According to a report compiled in October, which contains details of how that directive was carried out, around 25,000 soldiers, including 300 Home Army officers, were arrested, disarmed, and interned.

NKVD units and SMERSH operational groups had their own prisons and camps where they detained Polish partisans as well as Volksdeutsche and German prisoners. Officers and soldiers who refused to enlist in Berling's army were sent to distant gulags and their comrades from Vilnius and Lviv . The exact number of those imprisoned due to Operation Tempest is still unknown; estimates vary between 25,000 and 30,000. The territories newly annexed by the USSR in the autumn of 1944 subsequently witnessed arrests on a massive scale followed by deportations to the gulags or transfer to forced-labor sites, particularly in the Donetsk region. Although most of the deportees this time were Ukrainian, it has been estimated that these various forms of repression also affected tens of thousands of Poles.

NKVD and SMERSH operations did not cease once most of the Home Army units had been dispersed. On 15 October 1944 Beria signed Order No. 0012266/44, which decreed that a special division (Division 64, known as the francs-tireurs et partisans) be stationed in Poland . In the border regions of Poland , NKVD units from Belorussia and Ukraine lent a hand in the operations. After the formation of Division 64 in late 1944, more than 17,000 people were arrested; 4,000 were deported to distant Soviet camps.

After 1 March 1945 the Soviet units were put under the command of the general adviser to the NKVD, General Ivan Serov, through the Polish Ministry of Public Security (of which he was appointed head), and they remained in Poland until the spring of 1947. Until August-September 1945 they were the main security force on the ground in zones where there was still effective independent partisan resistance. From January 1945 to August 1946, 3,400 fighters from different resistance groups were arrested.

Most of them were sent to camps; the rest were handed over to the Polish authorities. In addition, some 47,000 people were detained for interrogation. After the entry of the Red Army into the Polish regions annexed by Germany in 1939, there had been arrests not only of Volksdeutsche but also of all Poles who, under pressure from the Germans, had signed the so-called third national list (Eingdeutsche). At least 25,000 to 30,000 civilians from Pomerania and Upper Silesia were deported to the USSR, including 15,000 miners who were sent to the Donbass region and western Siberia mining regions.

The NKVD did not stop at mass repressions, manhunts, and pacification operations. At the end of the summer of 1944, SMERSH set up local groups that operated regularly in Poland , recruiting in particular a network of informers. The best-known operation, led personally by NKVD commander Serov, was the arrest of sixteen leaders of the underground Polish government, including the deputy prime minister, three of his assistants, the leader of the Home Army, and members of the Council for National Unity – a sort of underground parliament that had been established during the German occupation.

On 22 February 1945 the council had protested the Yalta accord and had given notice that it was prepared to negotiate directly with the Soviet Union. As a result, General Serov had invited the leaders of the underground government to make themselves known publicly. The moment they arrived at the agreed meeting place in Pruszkow, near Warsaw, they were arrested and taken directly to the Lubyanka [prison] in Moscow.

On 19 June a public trial began in the Palace of Trade Unions, where the great prewar show-trials had been held. At the same time, talks began in Moscow between the pro-Soviet Polish authorities and representatives of the Polish democratic forces to discuss the clauses of the Yalta accord that affected Poland . The democratic forces had already declared their willingness to negotiate directly with the Soviet Union.

The verdict of the trial was reached the same day that the United States, the USSR, and Great Britain consented to the agreement among various Polish parties for the formation of a coalition government, in which the Communists and their satellite parties held a huge majority. The sentences at the trial were relatively light – the longest was ten years in prison – but three of the accused never returned to Poland. Leopold Okulicki , the general commander of the Home Army, died in prison in December 1946.

Link to the trial of Sixteen: