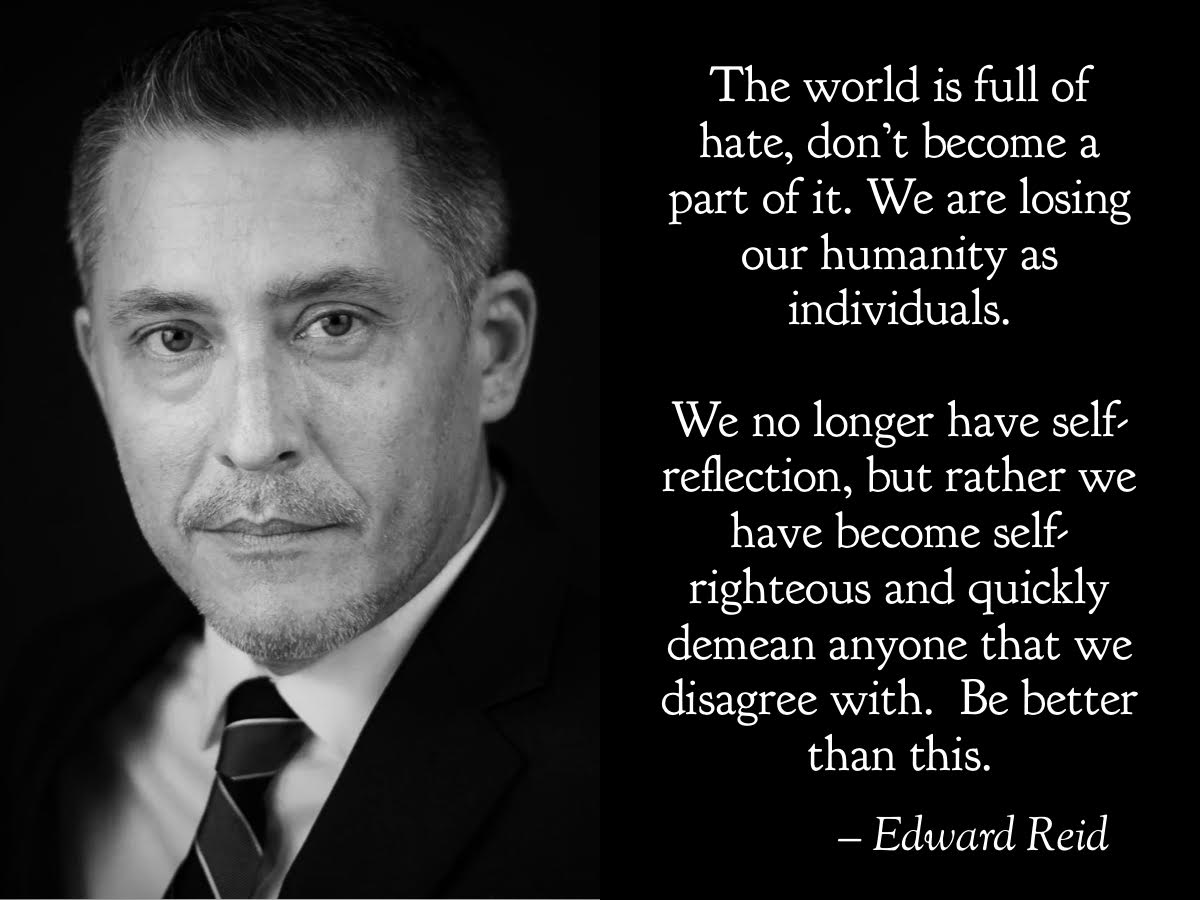 Misery, hate, targeting, and the quest to be right in history

There is so much hate and a lack of critical thinking regarding the past.  Can we even recover?

It is sad to me that I come across so many hateful people. Yet what is even more pathetic must be their lives. For someone to dedicate so much energy and time to try to destroy another individual over an opinion must be miserable.

As someone who tries to be moral and ethical and is a practicing Christian, I know it is not my job to seek revenge. The vengeance is actually in how they live and the misery they suffer from behaving in such a manner.

To be truthful, as we should be, most of these are Jewish people and have some desire to demean and defame non-Jews, especially the Polish. They go to any length to make sure this happens. I have witnessed some ruthless actions from these people. They have no regard for anyone or anything if it fits their thinking.

What kind of people are these? Really I wonder what kind of family they grow up in and what drives them to be so simply mean?

Is that up for me to find out? In a sense, I have found out logically that it has to do with religion. I have never witnessed a Pole act in such a manner, and most Poles are Christians.

It also is ironic that the Poles risked their lives to help so many people that hated them and still hate them, which has to do with religion. A Jew is not liable to save the life of a non-Jew. This was proven when the Soviets invaded, and factually many Jews assisted the Soviets in the murders and deportations of the Poles deep into Siberia.

Am I allowed to say this? This is politically incorrect, right, but it happened. It is just fine to find an isolated incident of a Polish crime against a Jew and put it all over the papers, but not to share about mass pogroms against Poles?

This is a double standard. If you cannot honestly see this, then I have to say you are ignoring morality in history.

Shouldn’t all crimes be treated equally? Why are some people above the law?

After what happened in the east, the Poles still saved them!

What was the reward? We know that there are cases of Jews later being involved in the murders of the Poles that saved their lives.  Abram Tauber is one situation.

I am appalled at the behavior of many Jews. It seems to be a continuation of their betrayal from Poland as they have moved on.

Would Poles risk their lives and the lives of their families to save these people if they knew it would be this bad now?

Perhaps, because, as I know, this has been Polish Christian charity. I don’t know if I could do it. People hate me for sharing a different story and, for them, maybe an inconvenient side of history. I mean, they hate me. With that, they also hate facts and firsthand accounts from Jews, but what can I do?

Should I be like them? Should attack them, retaliate, hate, and become a miserable person. Indeed these are people no one wants to be around except maybe other racists who can rant about those stupid Polish peasants who murdered their families.

And who are these “revisionists” that they talk about? Anyone they disagree with. All historians that have an opinion are revisionists. These people are too deluded in their ignorance to comprehend that there are different sides to history to understand this.

It boils down to this. I am making a difference because people are reacting. People will attack and try to censor someone whenever they are making waves, making a change for good. This situation is historical.

Someone first has to stand up when they see a wrong, an injustice, like the defamation of the Polish, and then say something. They start something that in the west was entirely unknown and unusual to a westerner, and “boom,” the individual is under the spotlight.

With that spotlight, I challenge people to debunk my work and not personally attack me, and I have yet to have anyone accept my challenge.

Obviously, there is a problem, and the problem is not my work but those criticizing me.