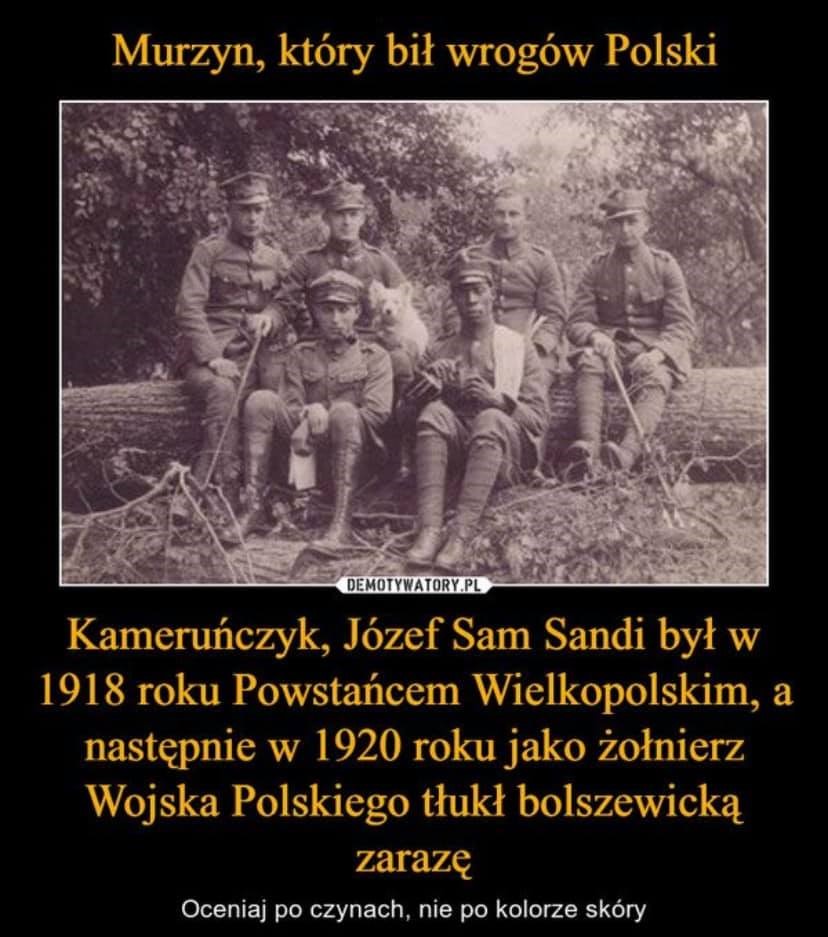 Poland, assimilation, and the theory of national existence

Throughout Polish history, many diverse people considered themselves Poles, and the Poles accepted them as their own.  This has happened many times, but it has also happened because those people acted as Poles.  You may hear negative opinions about the Poles not accepting foreigners, but this is when people will not abide by Polish culture and tradition? We have witnessed the outcome of other nations that have opened their borders without first using wisdom and insight.

Perhaps tolerance can go too far when you don't reason. Indeed, we all want to consider ourselves caring and loving, but this may backfire when we forget that some people don't think this way. It is good to have an open mind, but not to the point your brain falls out.

Living in Poland for over a year, I never once witnessed intolerance. It seemed that talking to and befriending the Poles; they were indeed very open people. So my personal experience regarding the Polish and diversity was excellent.

When Poles have their parade, they get bad press. Most of us should be wise enough not to take the press for their word. The writers reek of agendas that go against anything that may seem not progressive and traditional.

Nationalism gets a bad name; it has turned into a term referring to fascist, anti-Semitic, anti-immigrant, and homophobic individuals. That's a pretty sweeping term, and the reality is that it's quite ignorant to label a country with all of those terms when "nationalism" can really mean patriotic, at least for the Polish.

Don't people have the right to be proud of their nation and its historical behavior?

I think of the term nationalism in Poland as more like patriotism.

When it comes to people of other ethnicities, especially in the United States people, they are encouraged to celebrate their past and how they overcame their oppression. How is it that one people can do that openly and freely and are encouraged to do that while other people are attacked and slandered for doing it?

That is a double standard.

Just like when we celebrate July 4th and are proud of our country, Poles have every right to be proud of themselves and their long fight for freedom.

According to the national theory of the pre-war professor and activist Wincenty Lutosławski: "A black or a red-skinned can become a true Pole if he takes over the spiritual heritage of the Polish nation, contained in its literature, art, politics, and customs and if he has an unwavering will to contribute to the development of Poles' national existence.

Throughout Polish history, many diverse people considered themselves Poles, and the Poles accepted them as their own.

Here are just a few of the numerous examples:

When the Commonwealth fell at the end of the 18th century, the mulatto Władysław Jabłonowski, a participant in the Kościuszko Uprising and a brigade general of the Polish Legions, fought for its independence.

Jabłonowski was brought up in Polish; he felt Polish and identified himself with Poland.

The orderly and friend of Tadeusz Kościuszko during the US Independence War was the African-American Agrippa Hull. The feast that Agrippa prepared for his black fellow citizens at Kosciuszko's West Point has become legendary.

Two black soldiers fought side by side with the Poles in the war with the Bolsheviks in 1920, becoming part of the 12th Intelligence Squadron. Most likely, they were Africans taken prisoner by the Germans during World War I while fighting in the French army.

Sam Sandi fought alongside the Polish side in the Greater Poland Uprising. Later he stayed in Rzeczpospolita, started a family, and made a career as a wrestler.

August Agbala Browne "Ali" came to Poland from Nigeria in 1922. He settled in Warsaw and started a family. As a jazz musician, he played in the best entertainment venues of the pre-war capital. When World War II broke out, he went to fight for his second homeland without hesitation.

The Warsaw Uprising is another example of how many foreigners saw Poland as their homeland and even worthy of dying for.

There was a Slovak journalist, a British navigator, a Nigerian jazz musician, and even an Australian barman.

This battle was desperate; many knew it might be unwinnable, and some would die. However, French, Belgians, Dutch, Georgians, Italians, Russians, and Armenians still fought alongside the Home Army.

Hungarians under German command often would not engage and let Poles escape. This long friendship went back centuries, and although an axis country, Hungary always tried to help the Poles enraging Hitler and the German Nazis.

Shocking as this may be, there was even a German Luftwaffe officer, Willy Lampe, who switched sides. A doctor from the Maltański Hospital on ul. Senatorska recalled, "He threw his rifle on the floor, said that he had had enough, and asked to be taken prisoner. I sent him to the medics to look after the German wounded."

One individual that really stands out is August Browne, the only African known to have fought in the uprising. August was originally from Nigeria, and he set out to see the world on travels that took him to London and Gdansk before settling in Warsaw, where he played the drums in jazz clubs.

In the uprising, he fought under the nom de guerre Ali in the Iwo Battalion, mainly in the south of Śródmieście. Details of Browne's service are scarce, but there are corroborated accounts of a black soldier working at the battalion HQ, probably in the communications section. He turns up again in the records in 1949 when he revealed his involvement in the Home Army and the uprising; This revelation could have led to arrest and even death.

Knowing that all of these different people fought for Poland and their understanding that death was around the corner but still fighting, they must have loved their adopted land.

Again, it's quite easy to be a Pole, you have to act like a Pole, abide by their traditions and culture, and it doesn't matter what you look like.

I have never asked to be called Pole, but for some of the work I have done, I have been called Polish, so for that, I am grateful.

Do you think you could be a Pole?

Source:  Stuart Dowell "Foreigners of the Uprising" The First News