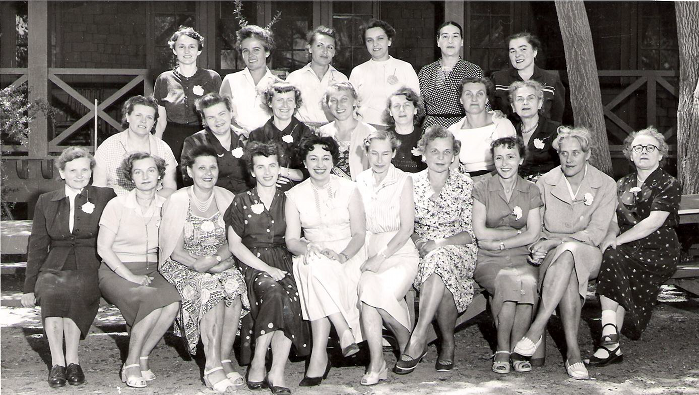 This camp's most exceptional and courageous group arose, considering the horrors these women faced. The "Ravensbrück Rabbits" was a group of Polish women who were former scouts. These women were heroes who rose above the horror and terrors inflicted upon them.

On September 3, 1939, two days after Poland's invasion, the first female Polish prisoners would be transported to Ravensbrück. In the end, 40,000 thousand would be imprisoned. Only 8,000 would survive. Polish women constituted the most significant population within the camp.

The camp was set up near the village of Ravensbrück in northern Germany.   Germans conducted medical experiments in this camp to test the effectiveness of sulfonamide drugs and other devious tests. Many Polish women would endure horrific experiments that would affect them for the rest of their lives.

One experiment involved mechanically creating a wound in the leg and injecting it with bacteria or injecting bacteria into the muscles of the calf. Another included cutting out parts of the thigh muscle or nerve or deliberately breaking bones.   Afterward, they combine them with a vice or transplant tibia bones from right to left.

About these experiments, Marcin Krzystofik, director of the Institute of National Remembrance department in Lublin, said: "These were de facto tortures, because the procedures were very often carried out without anesthetic. One can imagine the pain which these female prisoners met with. These types of experiments were conducted in many concentration camps and for sure they didn't serve the development of science, because you don't conduct these types of experiments on people."

Hitler approved the experiments on the prisoners, saying they "ought not to remain completely unaffected by the war while German soldiers are being subjected to almost unbearable strain" (Helm, 213).

The experiments can be categorized into three types; two of which were conducted at Ravensbrück:

Experiments to further Nazi ideologies: At Ravensbrück, "Scientists tested a number of methods to develop an efficient and inexpensive procedure for the mass sterilization of Jews, Roma, and other groups Nazi leaders considered to be racially or genetically undesirable" (United States Holocaust Memorial Museum)

This camp's most exceptional and courageous group arose, considering the horrors these women faced. The "Ravensbrück Rabbits" was a group of Polish women who were former scouts. These women were heroes who rose above the horror and terrors inflicted upon them.

Prisoners in July of 1942 were ordered to stay away from the operating area as new equipment was being installed. Doctors Karl Gebhardt, Fritz Fischer, and Herta Oberheuser were to begin their experiments.

Seventy-five of the youngest and fittest women from a recent transport from Lublin, Poland, were selected as the so-called "rabbits" (called such because they were going to be used like laboratory animals). These women were resistance fighters that the Gestapo had caught, which would be their punishment.

At rememberravensbruck.com they write, "The Nazis had used their limbs to recreate war wounds and infected those wounds with aggressive bacteria, wood chips, and glass, trying to cause gas gangrene. They also experimented with removing and damaging the legs' nerves, muscles, and bones".

All of these women stuck together and were loyal, making survival easier. They assisted each other through the surgeries "Krysia nursed Wanda. Friends offered food. Alfreda Prus, a quiet, gentle girl, a student at the university of Zamosc, near Lublin, threw Wanda her daily bread ration" (Helm, 218). The secret group within the camp was dedicated to helping others. Their mission, "persevere and help others survive," this motto was based on their oath as Girl Guides (Girl Scouts in the US). The women would risk their lives, "secretly bringing them food, water, and even medications to help them survive" (rememberravensbruck.com).

Prisoners describe Herta Oberheuser's: "Her face is a mask, her eyes glassy. She shows no shadow of pity and leaves wounds undressed for the day, so the women feel they are rotting away inside the plaster, but when at last the dressings are changed, it is the worst torture of all" (Helm, 219).

At the end of October, the Oberheuser rarely walked through the ward. The interest in the sulphonamide experiments had now been lost. By November, new operations would begin bone-breaking, bone grafts, and splinters.

With all these horrific experiments, the rabbits felt it necessary to inform the world. The Germans should not get away with this. Krysia Czyz went so far as to write a letter with her urine.

Sent to a bookbinding workshop after being rejected as a test subject Maria Bielicka befriended three Czech girls. These girls worked next door and were responsible for sending the clothes of executed prisoners back to their families. Together they figured out a way to send the clothes of prisoners who were not executed and snuck letters in the clothes. Maria then sent code letters to her parents, who were in the Polish underground.

"These messages eventually made it to the Polish underground radio network in England, which broadcast the news of the experiments and mass murders at Ravensbrück - and warned specific camp leaders of their fate should such activities continue" (rememberravensbruck.com).

The SS was coming on the morning of February 4, 1945, but the young women were warned.

All night the Rabbits stayed up writing goodbye letters. They knew what fate awaited them, but the inmates came up with a plan to grab and hide the Rabbits. The plan went down in the predawn hours, during roll call – and right in front of the SS.  And it worked.

For three months, the Rabbits were hidden – until liberation. The international group of inmates in Ravensbrück gave them food and water, protected them from the constant SS searches, and devised ways of getting them out of the camp.  Not one of the 63 Rabbits was betrayed.  As one of the surviving "Rabbit" put it, 'You could say that the entire camp helped us, hid us, protected us.'" (rememberravensbruck.com).

"I received the most love and care and help, in the form of food, because I was the youngest. They often gave up their food to give it to me, so that I would survive. That's what it looked like: those who received [food], shared it with the ones who did not. It was not pity. Because someone could say that we did it out of pity. That's not true. It was not pity. It was us working together, cooperating, fighting together to survive. Friendship has an amazing value. Believe me."

Several Rabbits survived and testified in the Medical Case. This case was one of twelve heard before an American tribunal (part of the subsequent Nuremberg Trials).

Gebhardt, Fischer, and Oberheuser were among the sixteen doctors and nurses prosecuted for their participation “in the killing of physically and mentally impaired Germans and who had performed medical experiments on people imprisoned in concentration camps. Sixteen of the defendants were found guilty. Of the sixteen, seven were sentenced to death for planning and carrying out experiments on human beings against their will” (United States Holocaust Memorial Museum). Oberheuser was found guilty of ”performing sulfanilamide experiments, bone, muscle, and nerve regeneration and bone transplantation experiments on humans, as well as of sterilizing prisoners” (United States Holocaust Memorial Museum).

Gebhardt was sentenced to death and executed on June 2, 1948. Fischer and Oberheuser were sentenced to prison but released in 1954. Ironically Oberheuser set up a medical practice in Schleswig, Holstein.

After the trials, the Nuremberg Code was created, which lists ten points that must be followed in permissible medical experiments. Although its legal force is questionable, “it remains a landmark document in medical ethics” (United States Holocaust Memorial Museum).