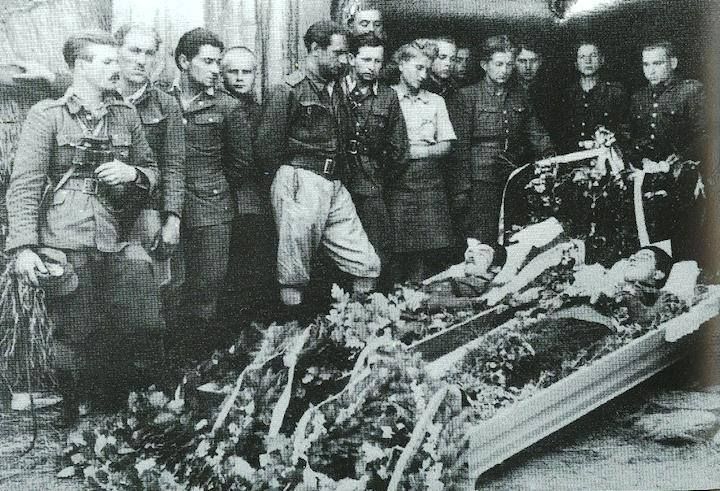 This is unknown history that is hidden away and will never be talked about openly and surely this is not the only account of betrayal, but it just doesn’t fit the current narrative, but it’s vital that in the face of lies especially in the face of anti-Polish hatred we respond with true stories of how some Jews treated Poles.

True Polish history: Polish heroes risk their lives to save a Jew. The Soviets invade and then the Jew collaborates with the Soviets murdering Poles. 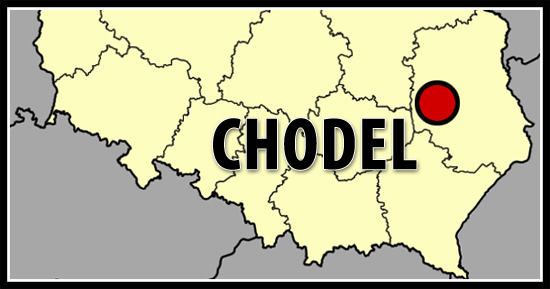 The story of Abram Tauber – a Jew rescued by the Home Army who after the war became the head of the Security Service in Chodel.

This story shows that in the case of Polish-Jewish relations – especially in the post-war period – there can be no simple, zero-one narrative. Just as there were bad Poles surrendering hiding Jews to Germany, so were the hiding Poles murdered by communist torturers, the majority of whom were Jews. Abram Tauber was hidden by Home Army soldiers during the war. When the Soviet army appeared in the vicinity of Lublin, he came to their side. Soon after, he became the head of the UB in Chodel and personally murdered 4 Home Army soldiers.

Abram Tauber, due to his Jewish origin, did not have an easy life under German occupation. He had to hide. He was assisted in this by the Home Army soldiers under the command of Major Hieronim Dekutowski (aka “Zapora”). Many times he could count on shelter in locations controlled by the “Zaporczyk”.

In the second half of 1944, when Soviet soldierscaptured the Lublin region, Tauber decided to go to their side. He decided that the threat to his life would be much smaller when he got to the areas from which Germany was driven out.

At the beginning of 1945, Tauber was appointed commander of the MO post and head of the UB in Chodel. As the head of this communist unit, he contacted four Home Army soldiers whom he knew from the period of hiding from the Germans (one of them was to save him directly). These soldiers went to the meeting completely voluntarily and without weapons. It is possible that they were convinced that Tauber, who had been saved by them earlier, would want to repay them somehow, put vodka or give some good advice on the new reality.

What turned out in reality? The meeting with Tauber was a classic UB ambush. Tauber ordered them to be tied up with barbed wire first and then shot them all personally.

Upon hearing the news, Hieronim Dekutowski (“The Firewall”) decided to return to the underground. He organized a group of several dozen Polish soldiers and – as a revenge for Tauber’s deed – on the night of February 5-6, 1945, he broke the MO / UB police station in Chodel. The Dekutowski group did not find Tauber, however. According to the account of one of the “zaporczyki” by Stanisław Wnuk (aka “Opal”). Tauber was soon transferred to the Szczecin UB. Finally, he was supposed to emigrate to Israel.

I put this “pebble in the garden” to show that – contrary to what the Yad Vashem Institute claims – the history of anti-Semitism and anti-Polonism can sometimes intertwine and intertwine. Abram Tauber was undoubtedly a victim of Nazi Germany’s anti-Semitic policy. However, as soon as the opportunity arose, he became an officer of the criminal regime for which the enemy number 1 was Poles fighting for freedom.

niewygodne.info.pl
an inconvenient blog for the establishment of the Third Polish Republic