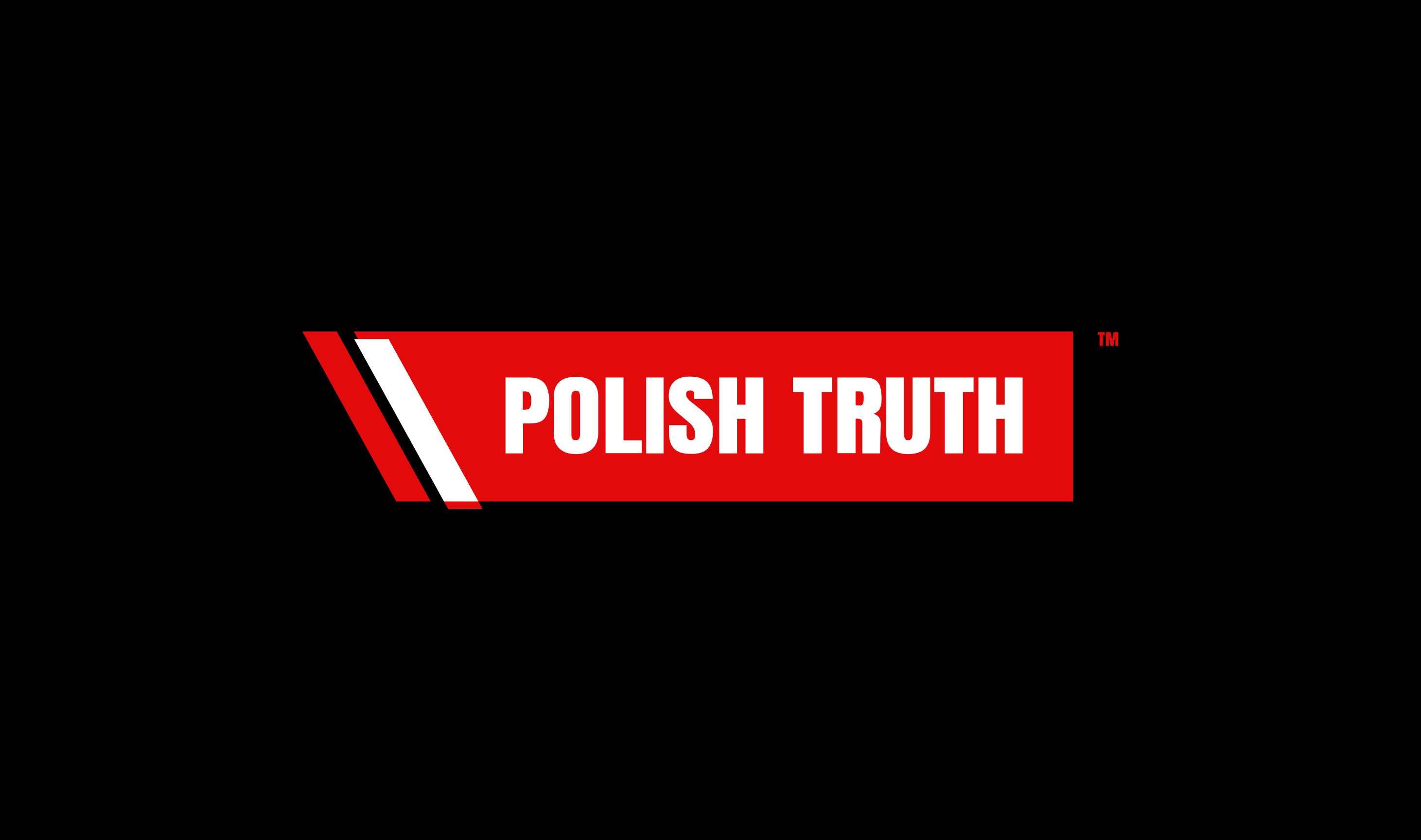 In the Communist Party of Poland, those that were “active” in certain areas mostly consisted of people of Jewish descent, who, for example, were in so-called technology (printing, courier communication, etc.), they constituted approximately 75 percent of the members. This incorporated into other various areas lay at the root of the fairly widespread functioning Jewish “myth” of being “threats to Poland.”

Stereotypes were significantly strengthened during the Soviet occupation in 1939–1941. Among Jews, Poles saw those who supported the Soviets and benefited from Soviet orders, agitators and militiamen; traitors and collaborators.

When in 1944 the communists began to build a new system, the Ministry of Public Security (MBP), it had to be under the full control of trusted communists. The vast majority came from the CPP, so many Jews were in the leadership of the security service. Professor Paweł Śpiewak writes that they played the role of Janissaries. They were isolated from the rest of society, hated, ethnically strangers, professionally and sentenced to life to the apparatus in which they worked.

Many of them grew into symbols of the Stalinist system of repression and crime. These include Mieczysław Mietkowski (Mojżesz Bobrowicki), Salomon Morel, Roman Romkowski (Natan Grynszpan-Kikiel) and Józef Różański (Goldberg) – a psychopathic torturer, an NKVD officer during the Soviet occupation. The brain of many security operations and an extremely influential person was the director of Department V MBP was Julia Brystiger. One of the most brutal murderers who pacified the Białystok peasants in the 1950s was Colonel Józef Czaplicki (Izydor Kurc), who due to the persecution of the Home Army soldiers was baptized in the security service by the significant nickname Akower. The Communist Movement was dealt with by Department X MBP led by Anatol Fejgin. His deputy was the later famous fugitive to the West, Colonel Józef Swiatlo (before the war shoemaker and communist activist Isaac Fleischfarb). 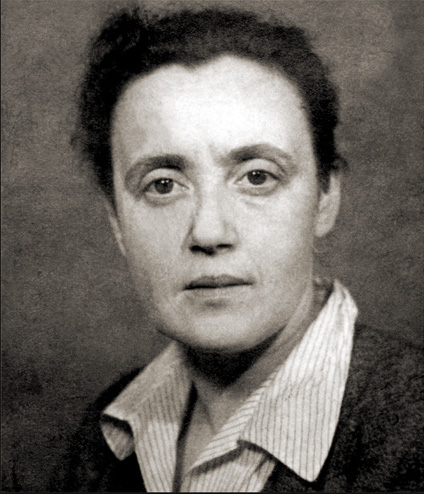 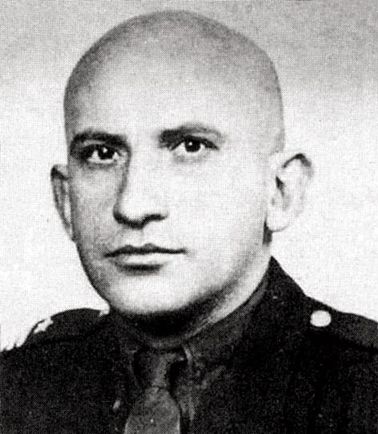 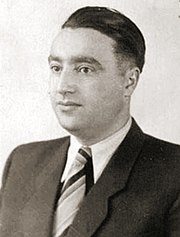 In the Central Committee of the PPR / PZPR, Jakub Berman was the key figure responsible for the apparatus of coercion. Years later, Berman himself told Teresa Torańska: “I was aware […] that I should not take the highest positions as a Jew or I could not […]. Actual possession of power does not necessarily go hand in hand with displaying oneself […]. I wanted to make a contribution, make a mark on this complicated power that was shaped, but without displaying myself. Of course, this required dexterity.” Berman has indeed left his mark on the new system. He personally directed the trials in which the murders of innocent people took place. 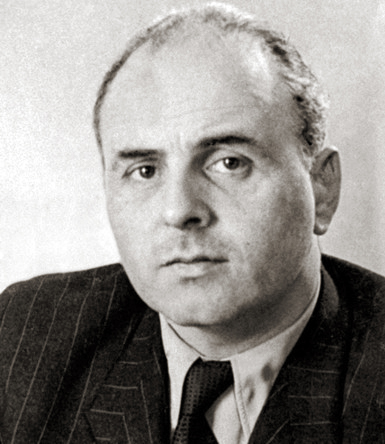 Jews also appeared in high state positions, in the economic apparatus, in the army. The paradox was that this took place after the murder of the Jewish community in Poland. For the average citizen, the Jews disappeared from the area, but they appeared massively in the structures of the new government, and of course in the security service. This again strengthened the stereotype of Jewish communists sometimes taking the form of “Jewish security”. Jews became ubiquitous and all-powerful, ruled Poland. In the 1940s on the Warsaw street, the question: “What is the most important party in Poland?” the answer was: “Bermanówna.” Reports of the Polish independence underground and articles of the underground press were less funny. They described the catastrophic picture of Poland destroyed by communism and the Soviets. One of the most important tools for implementing this criminal policy were to be “nasty” “insidious” “traitors”, “Murderers”, “eternal enemies of Christianity” and “foreign agents” – Jews.

In the 1940s and 1950s, the issue of Jews in UB leadership was obviously a public taboo. The situation changed after 1956, when Władysław Gomułka became the party secretary again. He ruled for the first time in 1944–1948 and was then sensitive to the fact that there were not too many Jews in the party’s leadership structures. He did not do so for anti-Semitic reasons. He simply wanted the PPR to obtain the widest possible, authentic social He believed that this would not be facilitated by the “too many” positions filled by persons considered by Poles to be foreign.

When in 1948 Gomułka’s position in Moscow began to weaken clearly, he was convinced that the takeover of the rudder in the party by Berman and his associates would not bring anything good to the system. In a letter to Stalin he wrote: “On the basis of […] observations I can say with full responsibility that some Jewish companions do not feel connected with the Polish nation, and therefore with the Polish working class by no threads, or take a position that could be determined called national nihilism.” Comrade “Wiesław” was removed from power and then imprisoned.

He blamed the heroes of the letter for his fate. When he returned to power in 1956, he dealt with Berman, Hilary Minc and other his former opponents. Several more were sent to prison senior officers of the Ministry of Public Security of Jewish origin: Romkowski, Fejgin and Różański. Together with Gomułka, leading activists of the communist armed underground during the war, such as Mieczysław Moczar or Stefan Kilanowicz vel Grzegorz Korczyński, returned to high positions. Many of them had personal accounts with the previous team. After the Arab-Israeli war, the Gomułka team’s suppression of revenge for real and imaginary wrongs, as well as the usual hatred of Jews, simply exploded. The names of Jewish communists, who in the years 1944–1954 held high positions in the party and the security apparatus, were ritually publicly mentioned.

A fair discussion of the facts became possible only in the Third Polish Republic.

The first more substantive voice in the case was the paper of professor Andrzej Paczkowski, delivered in 1995 on the basis of an internal security service. The professor stated that there were 131 out of 447 people in the security service at the security headquarters, i.e. not 13%, as claimed by professor Krystyna Kersten, only about 30 percent of confirmation of the data provided by professor Paczkowski were published several years later Soviet documents.

In one of them, responsible for the pacification of Poland and the destruction of the underground, NKVD adviser to the Ministry of Public Security, General Mikołaj Seliwanowski, wrote at the end of 1945: “18.7% of Jews work in the Ministry of Public Security, Jews hold 50% of managerial positions. 27% of Jews work in the First Department of this Ministry […]. They hold all managerial positions. In the Personnel Department – 23% of Jews, in managerial positions – 7 people. In the Department of Officers (special inspection) – 33.3% of Jews, all hold responsible positions. 49.1% of Jews in the Sanitary Department of the Ministry of Public Safety, 29.9% of Jews in the Finance Department. ” Probably the most accurate data on an interesting topic was given by Dr. Krzysztof Szwagrzyk in the “IPN Bulletin” in 2005. He found that out of 450 people who held high positions in the Ministry of Public Security in the years 1944–1954 (from head over and above) there were 167 people of Jewish origin, i.e. 37 In the Public Security Committee (1954–1956) formed from the MBP, the number dropped slightly and amounted to 34.5 percent. Given that Jews were at most 1 percent of citizens in Poland at the time, the situation seems quite clear he wrote: “In the light of the presented statistical data, the thesis about the high participation of Jews and people of Jewish origin in the leadership of the UB was formulated on the basis of true premises and as such reflects historical fact.”