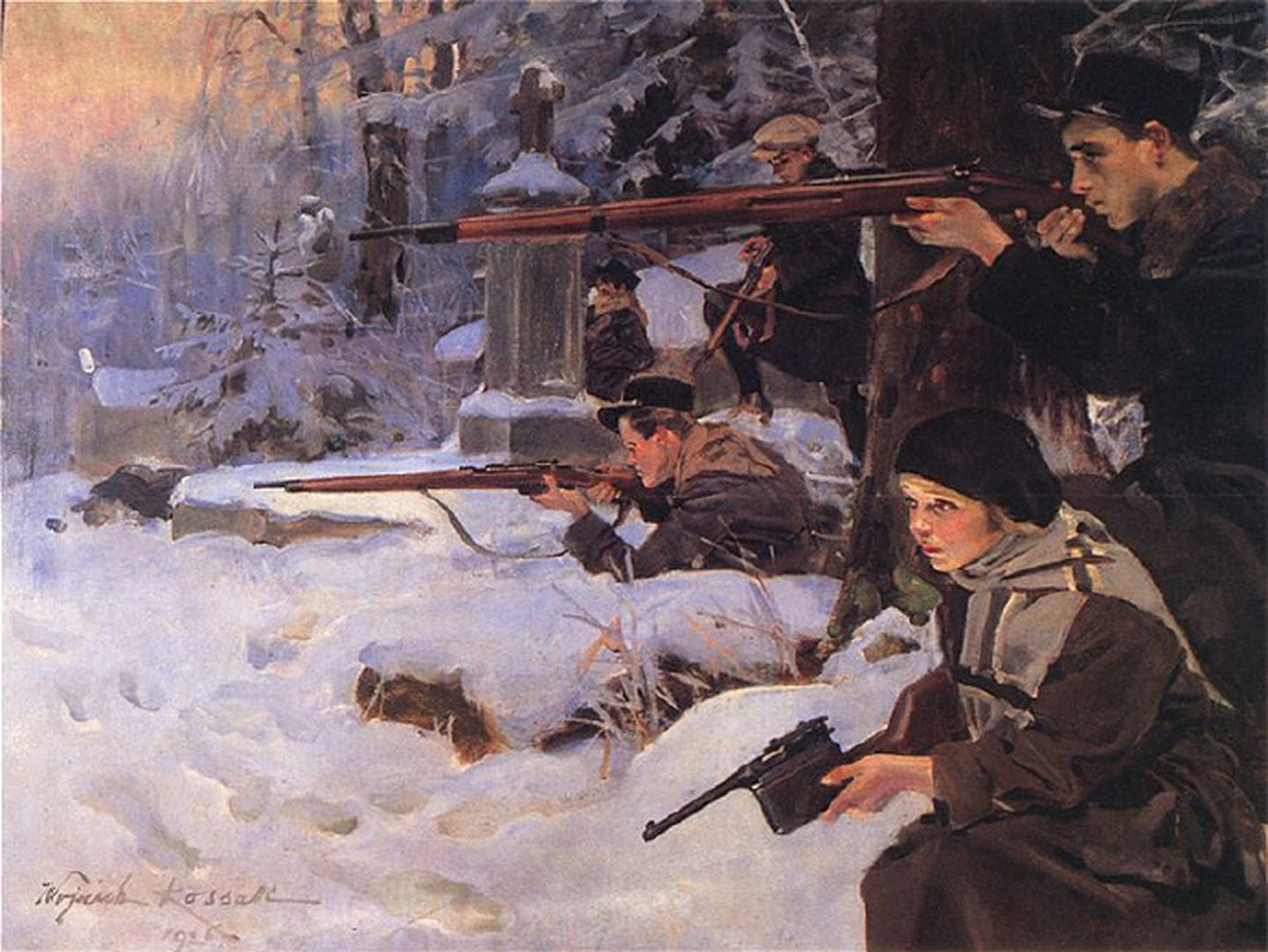 The young Defenders of Lviv

His step-father did not let him join the fight but he went on the frontline anyway.

He was one of the Lwów Eaglets – Polish teenagers who defended Lwów against Ukrainians who were repelled from the city on the 21st of November 1918.

Reading the album book by professor Wojciech Roszkowski’s Orlęta Lwowskie allows us to understand why the young defenders of the city in 1918-19 became a permanent element of the Polish independence tradition. In October 1918, the Polish armed forces in Lviv were greatly weakened as a result of the participation of men in the fighting on the fronts of World War I. The city was dominated by women, youth and the elderly.

The first formed branch of the Polish Military Organization under the command of Lieutenant Ludwik de Laveaux consisted of only about 300 sworn soldiers, including 40 women and 80 junior high school students. Although Poles constituted the majority of the inhabitants of Lviv, they were weaker militarily.

The first divisions of Ukrainian conspirators under the command of the poet Dmytro Witowski numbered 1,500 soldiers, mainly veterans of the Austro-Hungarian army. Polish combat-ready forces did not exceed 500 people.For the occupation of Lviv, the Ukrainians chose a special day in the Polish calendar – November 1.

The first victim on the night of October 31 to November 1 was a 23-year-old Polish legionnaire of Italian origin, Baron Andrzej Battaglia. He died in the stomach in the barracks at ul. Kurkowa during a reconnaissance trip. On All Saints’ Day, Poles were surprised by the great presence of Ukrainian troops on the streets of Lviv.

“People went to the cemeteries to light candles on the graves (…) But in the white fog the trams stood still in the streets (…). Armed [Ukrainian] soldiers stood around them, ordering passengers to get out, checking their papers and searching their pockets.” – wrote the French Rosa Bailly about the first days of the Ukrainian action in her apologetic book City Fighting for Freedom.

The Polish insurgent contraction was born out of shock. Units and places of resistance arose spontaneously. The command over individual units was taken by experienced legionnaires, the subordinates were often volunteers, young boys, pupils, students and Lviv batters. Volunteers secretly sneaked out of family homes, sometimes bringing antique weapons or obtaining them during the fighting.

Their advantage was a very good knowledge of the area. They were priceless in guerrilla warfare because they fought in their city. Their motivation was obvious: they could not imagine Lviv coming under Ukrainian rule. The inhabitants were impressed by the bravery of the young volunteers. “In what painful stars we will hide you!” – Patetized the poet Maria Kazecka about child participants of fights in the Jesuit Garden.

Jerzy Sieradzki, the only son of a professor at the University of Lviv, died in the Sapieha Palace in a Ukrainian shell. Heavy fights continued in front of the Seym, where, among others high school students Edward Czerkas, Wacław Chądzyński, Jan Seredyński, student Zygmunt Popowicz and students Michał Rojowski and Stanisław

In this episode, the 16-year-old Józef Matyka, the son of a postman, was also killed with his older sister. Until the end of her life, she could not give it up. “It may be strange, but it is true: when these dead young people lay next to so many others, sometimes with their faces to the ground, sometimes looking up to the sky, still other youths were ready to replace them.” – he did not hide his admiration for Rosa Bailly. On November 21, 14-year-old scout Jurek Bitschan, son of Aleksandra Bitschan-Zagórska, a member of the PPS Fighting Organization, a legionnaire, and the organizer of the Volunteer League of Women, died in the fight for Lviv.

In a farewell letter to his father, Jurek wrote that it was his duty to go into battle, “when he has enough strength and there are still enough troops to free Lviv.” Jurek became a symbol of the dedication of Lviv youth in the defense of their city. When Lviv returned to Polish hands after a hard struggle on November 22, the inhabitants were admired by its defenders. Maria Kasprowiczowa, the poet’s wife, noted:”Everyone was delighted to see their own children, their own army that so many generations had dreamed of in vain.

“In the first stage of the fighting for the city, 120 minor soldiers and 76 students were killed.” And you went – front guards, to fight for Polish Lviv!” – wrote Fr. the poet Tadeusz Karyłowski about young heroes. The youthful soldiers also performed heroically in the second, several-month-long phase of the struggle to keep Lviv (December 1918 – May 1919), with many more well-organized Polish units coming to Lviv to help.

On April 11, 1919, Helena Grabska, a 15-year-old volunteer from Płock, who came from an old noble family, died. She served in the branch of Aleksandra Zagórska. She left for Lviv without the consent of her parents, following her brothers Jan and Tadeusz. They too fell in defense of the city. The Grabski family, like their peers from Warsaw, Kraków and Poznań, were part of the nationwide relief. Scout Jurek Bitschan died at the age of 14.

The idea of ​​commemorating the fallen Eaglets and other soldiers was born in December 1918, right after the Ukrainians had resigned. The defenders’ quarters were built on the land bought from the Armenian Bernardines in the extension of the Łyczakowski Cemetery, on the slope going down to Pohulanka.

The first funeral took place on December 24, 1918. During the fights, until May 1919, there were more and more burials, the remains of the fallen were moved from makeshift graves. In July 1919, on the initiative of Maria Ciszkowa, the mother of Tadeusz’s 18-year-old son, who died in the battles near Zborów, the Guard of the Graves of Polish Heroes was established. The task of the Guard was to commemorate the heroes more monumentally.

The competition for the design of the cemetery was won by an architecture student, Rudolf Indruch (1892-1927), the son of a Czech woman and a Slovak who was in love with Polish culture. He allocated his fee for the winning project to the needs of the Guard. The Cemetery of the Defenders of Lviv, popularly known as Orląt Lwowskich, was opened in the spring of 1939.

His fate was as tragic as that of the Polish inhabitants of Lviv in the 20th century. But despite being ruined under communism, it still remains a symbol of the glory of the Polish army. The ashes of an unknown 14-year-old soldier who died in the Battle of Lwów were buried in 1924 in the Tomb of the Unknown Soldier in Warsaw. From among the three coffins with the remains of the defenders of Lviv, they were drawn by Jadwiga Zarugiewiczowa, a Polish Armenian and mother of a soldier who died near Zadwórze.

The ashes of an unknown boy from Lviv symbolized all Polish soldiers who died in the field of glory. In the Second Polish Republic, the inhabitants of Warsaw visited the Tomb of the Unknown Soldier on November 1, on the anniversary of the outbreak of the fighting for Lviv.

The legend of the heroic defenders of Lviv and later of the Borderlands against the Bolsheviks was overshadowed by the heroism of young Warsaw insurgents . But it must be remembered that the scouts and soldiers of the Home Army, who joined the fight for the capital in August 1944, were modeled on the Eaglets of 1918.

Although the author of the album Orlęta Lwowskie, his study does not claim the right to fully recreate the fights for Lviv from the source, it can be successfully used as an educational aid. The black and white iconographic setting and competent texts introduce readers to the history of not only Polish-Ukrainian struggles, but also the long history of the city, starting from the Middle Ages. 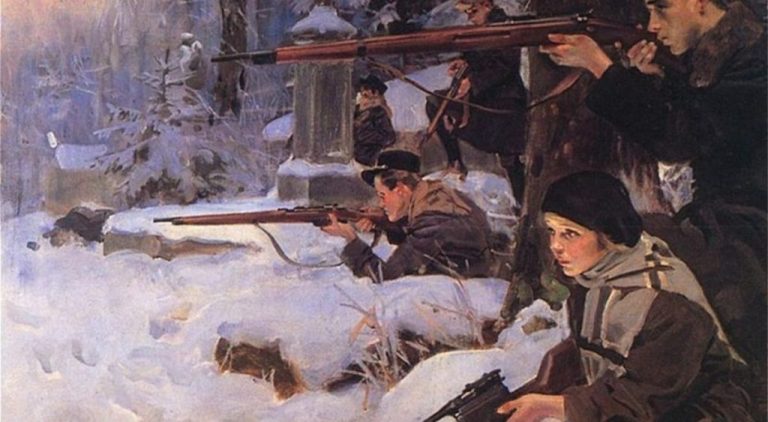 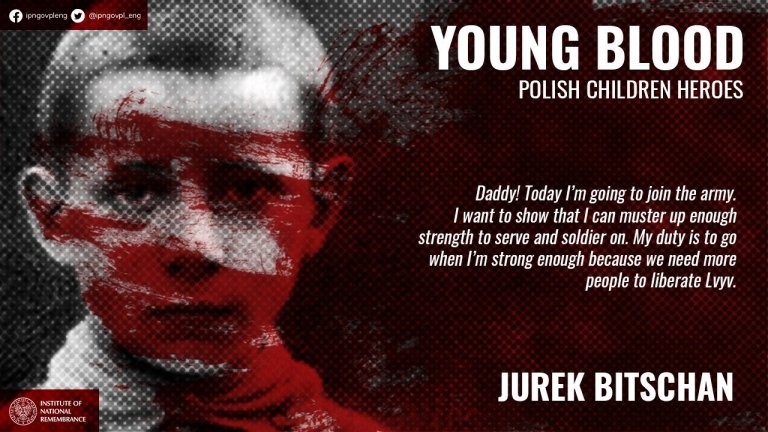