Would you be a hero?

When we talk about the holocaust people will often say, why didn’t more people save Jews.  That’s really a courageous statement when you take into account all of the factors involved, especially in  German-occupied Poland. People might rethink that statement if they understood the situation, the risks, and the consequences involved – especially if they were truly honest with themselves.

Everyone is a hero, right?

During World War II in occupied Poland, both ethnic Poles and Jews were being persecuted.  Life was not easy; in fact, every day was a fight for your life.

You also have to remember that for the first part of the war, from 1939 to 1941, eastern Poland was occupied by the Soviets. Where the Jews had it relatively easy, easier than the Poles, and in many instances, they even collaborated with the Poles’ enemies, the Soviets helping them in murdering and deporting their Polish neighbors.

So during that time in the east, the Poles had mass deportations of 1.7 million to Siberia, with 1/4th of those perishing as well as the murder of 22,000 officers in Katyn all at the hands of the Soviets who were our allies. This is something people often don’t hear about.  Shameful.

Considering what Poles were up against and the fact that many times they actually tried to warn the west about the decimation of the Jews, Poles get a bad rap, and I will state this, it’s wrong and historically false because overall, the Poles did more than anyone else to assist the Jews considering the situation they were in.

It is estimated that over one million Poles aided Jews. The West and the allies did too little to help the Jews, so if you want to blame someone, blame them. Even many of the Jews in the west did little to help; they just would not believe the magnitude of this issue.

Pole Jan Karski snuck into the Jewish ghettos, wrote a report, and went to the west and met with leaders and begged for something to be done for the Jews. He was ignored by everyone, Roosevelt preferred to discuss Polish horses, and the Jewish leaders thought he was exaggerating – nothing was done.

Another Polish hero was Witold Pilecki, who got himself rounded up on purpose to go to Auschwitz. Can you imagine that bravery to find out what was going on? He then made a daring escape and wrote another report, and hoped that either the Allies would drop weapons to organize an assault on the camp from the outside. People knew about this, and the Poles tried to tell the world repeatedly. After the war, he was tortured and executed by the Communists; most of those involved in this were actually Jewish – the same people Pilecki tried to save.

Tens of thousands of individuals and families faced the ultimate sacrifices as well, like the Ulma family, Wiktoria, and Józef Ulma and their six children were murdered for hiding 8 Jews, she was pregnant, they were all murdered together. As mentioned, this is not an isolated incident; even after this event, Poles continued to hide Jews in the town of Markowa, where the crime occurred.

It is only in Poland out of all of Europe where you not only faced the death penalty for collaborating but also your whole family would be killed with the Germans. There’s a reason for that. They even wiped out whole towns to save Jews.

Another heroic Pole was a priest Maximillian Kolbe who died at Auschwitz. He at one time was also sheltering over two thousand Jews in his monastery which was why he was there.  When prisoners were sentenced to death by starvation in punishment for another inmate’s escape at Auschwitz, Kolbe volunteered to die in his place after a man’s lamentation for his wife and children. Survivors of the camp testified that the starving prisoners could be heard praying and singing hymns led by the priest who had volunteered for an agonizing death.

Unlike what you may hear, the churches were involved in trying to save Jews when they could.  The Catholic church was brutally suppressed by the Nazi Germans and convents and monasteries tried to assist, Nuns and priests were even executed.

You may hear in the media or from others that Poles would collaborate en masse, but historically, that is pretty much nonsense or propaganda based on agendas. Anyone who collaborated with the Germans would be executed by the Poles; they did not play around with that.  Poles, as you hear negatively today, are nationalists, I consider that patriotic, but think about that, would people who are such nationalistic actually collaborate? I don’t think so

There are some people that say that the Holocaust was planned to be in Poland because Poles were eager helpers, but so obviously that is disproven because simply it was convenient because that is where the world's largest population of Jews lived. It made sense. Why transport them all around Europe to execute them when they are right there, and doesn’t that tell you something? If Poland was so bad, why did all the Jews live there? It simply wasn’t that bad.

Poles even went so far to set up a formal organization dedicated to saving Jews. It was called Zegota; many of its members were part of the Home Army, the AK, who today are labeled antisemitic, funny because there were actually Jews in it., Irena (Sendler) was among Zegota’s first recruits. She was an administrator in the Warsaw Welfare

Department and had an invaluable network established with many medical and social workers.  She succeeded in smuggling 2,500 Jewish children out of the Warsaw Ghetto and hid them with Polish and Austrian families.

The main activities of Zegota dealt with forging documents for Jewish refugees. On any given day,  Zegota produced on average 100 forgeries. They had secretly issued over 50,000 fake documents by the end of two years.  Because of Zegota,  40,000 to 50,000 Jews were saved.

One Polish man was caught tossing a sack of bread over the wall of the Warsaw Ghetto – and was instantly shot by the Nazis. Throughout the war, at least 20,000 members of Zegota were captured and executed by the Germans. Thousands more were imprisoned, tortured, and sent to concentration camps.

It is impossible to determine how many Poles helped the Jews. When the Germans discovered Jews hiding in Polish homes, they were shot along with the Poles who were sheltering them.  Often entire families, friends, and neighbors were murdered.  No witnesses remained to tell the story.

They write Hollywood movies about Germans like Schindlers List who actually made money off working the Jews but have never made films about Poles. There was one case about Witold Pilecki, but they wanted to portray him as Jewish and the family refused.

Of course, there was antisemitism, but isn’t there antisemitism everywhere? Some Poles were scoundrels and killed Jews and worked with the Nazis; there was also anti-Polish sentiment, as I pointed out, many Jews collaborated with the Soviets when they invaded, and many Jews also did not assimilate or even consider themselves Poles.  It is estimated that 85 percent didn’t even know Polish. That could definitely be an obstacle when trying to aid someone.

When you hear about Polish antisemitism today, there is a lot to think about and take into account. Poles are now being blamed for the crimes of the Germans and the Germans don’t mind that. Jews have bad taste in their mouth about Poland being that many of their people were wiped out there, but that doesn’t give Jews the right to blame Poland.

Some Jews also worked with the Nazis themselves and Poles even had to be careful when sheltering Jews because there were times when Jews even worked with the Gestapo in trying to root out Poles who were working against the Germans.

This was a terrible time, and people would do anything to save their lives; Jews did not face the death penalty for collaborating with the Nazis as Poles did. Jews even ran their ghettos, and had their own administration, and even their own police that was in charge of shipping other Jews off to the camps. Even saying this though some Jews could label me as a holocaust denier.

That some Poles did not attempt to help, the Jews had more to do with the terror of the Germans than indifference towards the Jews.

Often Poles were on starvation rations and barely making it, and could you imagine if some people came to you that you didn’t even know and expected you to hide them, knowing you and your whole family would be put to death?

Think hard about this. We must all ask ourselves and search our souls deeply if we would have risked our lives and the lives of our own families to save people we most likely didn’t even know.? Would Jews have risked their lives to save Poles?

Would you be a hero? 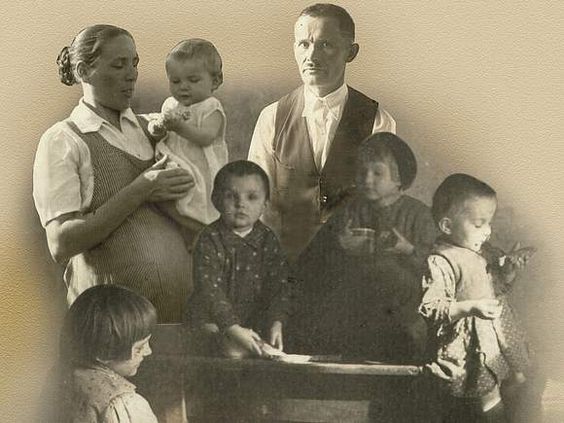